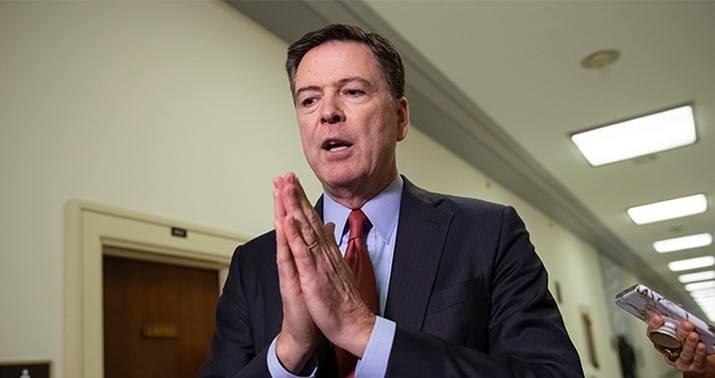 One convention ends, another convention begins. The Sunday shows will wrap up coverage of the Democratic pageant this morning and look forward to the Republican one with combatants from both sides. RNC chair Ronna “Don’t Say ‘Romney'” McDaniel will tell “Face the Nation” that the Dems’ convention was a failure and the GOP’s will be a success while Biden deputy campaign manager Kate Bedingfield counters on “This Week” that the Dems’ convention was a success and the GOP’s will surely be a failure. Look for McDaniel to drop a hint or two about how the Republican format might differ from the Dems’ Zoom experience. A clue from the Times:

Instead of handing over the reins to an experienced television producer, Mr. Trump is trying to weigh in on much of the programming himself, mostly with the help of people from his own White House. And he’s insistent on having it still look on television like a “real convention,” i.e., with an audience component, and on playing a major role himself every night.

The halting stimulus negotiations between the White House and House Democrats are also on the menu this morning. Same players as usual: Mark Meadows will make the case for a slimmed-down bill on “This Week” and “Fox News Sunday” while Nancy Pelosi calls for trillions — plural — on “State of the Union.”

The star guest, though, is this guy, who’s slowly transforming into a caricature of himself:

#19thAmendment is an important anniversary but the vote is not enough. We need more women in office. VP and Virginia governor are good next steps. pic.twitter.com/1Ijm2GwBap

He’ll be on “Face the Nation” to discuss … I’m not sure what, really. The Durham report? It’s not out yet and hasn’t leaked, so all he can do is pre-spin it as a politicized attempt to delegitimize the Russia investigation. I’m guessing he’s also prepared to make a presidential endorsement since he tweeted this shortly after Joe Biden wrapped up his speech on Thursday night:

Imagine a president like that. Vote to make it happen.

He’ll critique Trump at length as well about upending institutional norms during a presidential campaign, a subject with which Comey is intimately familiar.

Also on this morning is Notre Dame President John Jenkins, who worked hard to make in-class instruction feasible this fall and had his best laid plans derailed by COVID after just two weeks. What are the prospects for resuming — and maintaining — classroom teaching next month? He’ll discuss with “Face the Nation.” The full line-up is at the AP.

“I did it a bunch of times”: Dianne Feinstein’s husband caught in college admissions scandal

It’s who you know, you know.

“Much of the state will reopen at pre-pandemic levels.”

“I think it was the evocative nature of the argument, an argument saying actually 1776 is not our true founding.”

What happened yesterday with those nine missing military ballots in Pennsylvania?

“…I will raise the black flag of Allah!”

NYT: The upcoming SCOTUS confirmation hearing could be a real game-changer — for Trump and the GOP

Left-wing millionaires to Schumer: Destroy her … whoever she is.

FBI agent: Mueller team had a “get Trump” attitude on case built on “supposition upon supposition”

Resistance journalism is not helping the cause of criminal justice reform