Politico: New Jersey is a “model of how to flatten the curve” 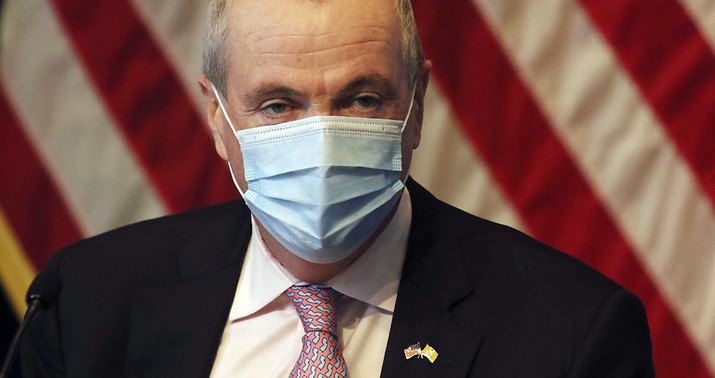 A leftover from yesterday, but it’s so obnoxious that righties are still groaning about it a day later on social media. Arguably no media take on the pandemic is less responsible than the idea that New York and New Jersey handled their COVID-19 outbreaks well, but that take is surprisingly common given the stupendous fall-off in cases in both states over the past two months. Andrew Cuomo in particular now wears a halo that no amount of evidence of his many mistakes seems capable of dimming.

It’s the equivalent of Dubya, Kathleen Blanco, and Ray Nagin being heralded as models of competent crisis leadership in the immediate aftermath of Hurricane Katrina.

If the press is determined to find excuses for the mass death that plagued NY and NJ, they could at least focus on the fact that the two were ravaged in the earliest days of the virus coming ashore. Doctors had no idea what they were dealing with at the time, no protocol on how to treat the disease, no sense of how many hospital beds they might need, no drugs proven to mitigate the symptoms. Why, the CDC was telling us that the likeliest mode of transmission was contact with contaminated surfaces, not inhaling aerosolized viral particles. Cuomo and New Jersey Gov. Phil Murphy can plead that they were flying blind, and thus should be given a wider berth on mismanagement than governors coping with epidemics right now. And they have been given that. New Yorkers continue to give Cuomo high marks for his handling of the crisis despite plenty of subsequent reporting on his genius “let’s get everyone in the nursing homes infected” policy.

But you can’t say that New York or New Jersey “flattened the curve” or, God knows, that they’re “models” of how to do so. Remember what “flatten the curve” means:

Without social distancing, the virus spreads exponentially and in a flash you have more severe cases than the hospital system can treat. With social distancing, transmission is held to a low enough level that allows everyone who needs hospital care to receive it. A “flat” curve that rises slowly and never gets very steep means you’ve managed to control your epidemic. A steep curve at the start followed by a steep decline and then a steady baseline of few cases means that you failed horribly. Everyone got infected, and then the resulting herd immunity across the community means the virus couldn’t transmit easily anymore.

Here’s New Jersey’s epidemic curve. Which one does it look like?

Think how much steeper that graph might be if we had enough testing early on to detect all the undetected infections that were undoubtedly occurring at the time. Jersey still has the second-highest number of deaths of any state at nearly 16,000 and the absolute highest number of deaths per capita despite the fact that its epidemic has been in remissions for months. California still hasn’t reached 10,000 deaths even though it has more than four times New Jersey’s population. Inasmuch as the health-care systems in NJ and NY didn’t melt down completely this past spring, it’s only because (a) scientists grossly overestimated how many patients might need hospital care (witness America’s surfeit of ventilators) and (b) many patients simply died before they could occupy a hospital bed for long.

Don’t tell Politico, though, which is under the impression that an outbreak that looks like the graph above is a “model” for the rest of America:

New Jersey went from being one of the country’s worst Covid-19 hot spots to a model of how to flatten the curve.

Now, two months into the first summer of the pandemic, it’s backsliding. New cases are way up and the state’s rate of spread nearly doubled in the past four weeks as keggers, house parties and packed-to-the-gills vacation rentals became infection hubs…

By Monday, spiking case totals forced New Jersey to scale back its economic reopening and officials worry that, without the public’s cooperation, things will only get worse.

Dan Foster paraphrases: “The Donner Party went from being one of the Oregon trail’s worst-fed wagon trains to a model of how to efficiently use resources.” It would be a consolation now, at least, if we could tell ourselves that Jersey really has acquired herd immunity from its early ordeal and won’t have further trouble from the virus, but ironically the point of the Politico story is that there’s reason to doubt that. Cases there are going up. A new curve is beginning to form. Even if you define a “model” response as having an epidemic rage uncontrollably and then enjoying the immunity that follows the bloodletting, New Jersey is a failure. There may be a degree of immunity across the population but no one thinks they’re done with COVID-19 through the fall.

Here’s a verrrrry interesting graph put together by Twitter user Hold2LLC. What does it remind you of?

Which of the two states is more of a “model” on flattening the curve? Granted, Arizona benefited richly early on by not sharing a border with New York, but if we were to point at one of these two and say, “I want my state to be like that,” which would it be?

Phil Murphy and, of course, Cuomo should be grateful every day that they were Democrats when the virus struck. If they were Republicans being scrutinized by the press, their political careers would be over.