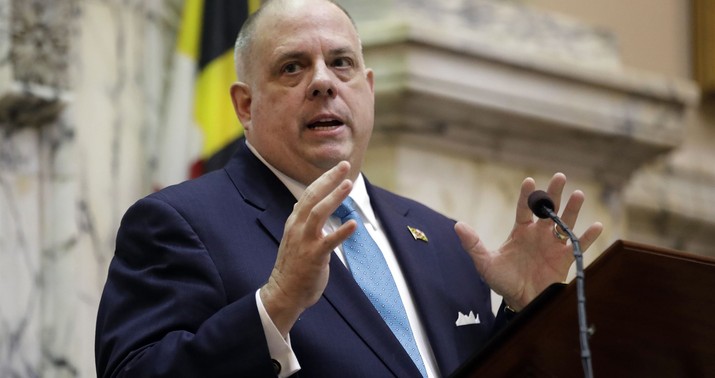 I think of school reopenings at this point the way I thought of the baseball season a few weeks ago. We’ve gotta try — but we’ve also gotta realize that odds are very long against this experiment lasting more than a few weeks. I’m reminded of what Nationals pitcher Sean Doolittle said not long before opening day: “Look at where other developed countries are in their response to this. We haven’t done any of the things that other countries have done to bring sports back. Sports are like the reward of a functioning society.”

A few months ago Maryland Gov. Larry Hogan gave local health officials the power to close down facilities that are unsafe due to the COVID risk they pose. Montgomery County turned around and used that power to slap a blanket ban on classroom instruction in private and parochial schools until October 1. The point of Hogan’s initial action was to let counties operate in a targeted way to protect public health, not to set categorical rules for a huge number of schools, especially ones that are taking proper safety precautions. We’ve gotta try to let schools open, he believes. And so the power that local officials used to enjoy has now been curtailed:

I strongly disagree with Montgomery County’s decision to mandate the closure of private and parochial schools. My full statement: pic.twitter.com/4pESSu93Tj

I have issued an amended emergency order ensuring that local schools and school systems retain the primary authority to determine when to safely reopen their facilities. My full statement: pic.twitter.com/DGcF5EBxx6

It’s a bold move, as Hogan is essentially assuming political responsibility for whatever happens in Montgomery County’s schools in September. If they can hold down infections and keep classroom learning afloat, he’s a hero. If it’s a sh*tshow and cases county-wide skyrocket, hoo boy.

Local teachers’ unions are presumably displeased, as many teachers don’t want to be back in the classroom … and also don’t want to do a full day of virtual learning, which raises the question of what they’re being paid for. Parents should be happier with Hogan’s move, as the temporary closure of private schools in Montgomery County reportedly drew “swift blowback” from moms and dads. The polling among parents nationally is on Hogan’s side of the great reopening debate — sort of. Although relatively few want full-time classroom instruction this fall, many others are open to a hybrid system of classroom learning and virtual learning. Add ’em up and that’s 72 percent who want kids in class at least part-time. One ER doctor who has children in private school in Montgomery County cheered Hogan’s decision, telling WaPo, “Schools had made significant financial investments, and had medical advisory boards and pages and pages of plans.” Why not give them a chance to put those plans into practice and see if they can make a go of this? That’s the Hogan view.

The alternate view is that this is destined to be a sh*tshow across America and we’re chumps for exposing people to avoidable infections by following through on it.

“This push to open schools is guaranteed to fail,” says Peter Hotez, a pediatrician and molecular virologist, and the dean for the National School of Tropical Medicine at Baylor College of Medicine. I’ve been corresponding with Hotez, and with several epidemiologists, over the course of the pandemic, and have noticed a starkness in their views in recent weeks. “The social-distancing expectations and mask requirements for the lower grades are unrealistic,” Hotez told me. “In communities with high transmission, it’s inevitable that COVID-19 will enter the schools. Within two weeks of opening schools in communities with high virus transmission, teachers will become ill. All it will take is for a single teacher to become hospitalized with COVID and everything will shut down.”…

Indeed, my conversations with epidemiologists in recent days were all strikingly dark. They agreed: Schools should not risk reopening, probably not even for the youngest children, in the coming weeks. “We can’t pretend like everything’s fine,” said Gary Simon, the director of the infectious diseases division at George Washington University. “If I had a school-age kid, I wouldn’t want to send him to school.”

If there’s spread in the community there’ll be spread in schools, potentially a lot based on that recent CDC study, and then the infected kids will seed it back into the community. A school in Indiana that was among the first to reopen nationally got a call from the local health department literally within hours of class resuming alerting them that one of their students had tested positive. That child, as well as everyone who was within six feet of him for 15 minutes or more, has been sent home to isolate for two weeks. That’ll happen thousands of times in thousands of towns and cities across the country in September, presumably.

I’ll leave you with a point/counterpoint. Here’s the head of the CDC a few days ago, testifying that in-person instruction is immensely important for kids. And here’s an op-ed by the superintendent of a small, not very wealthy school in Arizona who’s already had one teacher die of COVID and has no idea how to make things safe for returning students. More than 10 percent of his staff has already tested positive despite not having had kids around since March. Exit quotation: “We still haven’t received our order of Plexiglas barriers, so we’re cutting up shower curtains and trying to make do with that.”

"I don't think I can emphasize it enough, as the director for the Centers for Disease Control, the leading public health agency in the world: it is in the public health interest that these K-12 students get the schools back open for face-to-face learning." pic.twitter.com/yLHHO4F9MX