“We do not make decisions based on petitions”: We’re not changing our labels just because wokesters dislike them, says Trader Joe’s 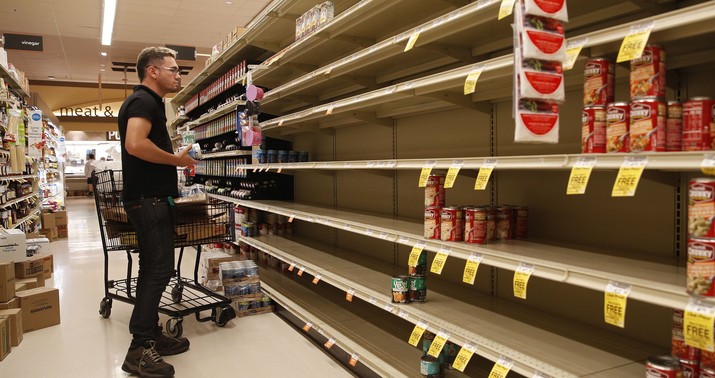 Every progressive who signed the petition is reading this polite F-You from the company and thinking the same thing. “They must be boycotted…”

This pretend controversy began a few weeks ago when a — deep breath — “rising high school senior and human rights activist” posted a petition at Change.org demanding that TJ change some of the names on its food labels. The company likes to have fun with its branding on certain items based on their country of origin or significance in ethnic cuisine. For instance, Trader Joe’s beer imported from Mexico is labeled as “Trader Jose’s.” Items traditionally used in Asian dishes might be branded “Trader Ming’s.” The petition from America’s wokest high-schooler accuses the company of “exoticism”:

The Trader Joe’s branding is racist because it exoticizes other cultures – it presents “Joe” as the default “normal” and the other characters falling outside of it – they are “Arabian Joe,” “Trader José,” and “Trader Joe San.” The book, White Shadows in the South Seas is racist because it perpetuates the myth of the “white god” and the “noble savage” stereotypes. It becomes even more racist in context because the founder of Trader Joe’s said that he was inspired by this book in some way when creating his company, a book which shows traders’ exotification of non-Western peoples turned into violent exploitation and destruction.

My theory for how the petition happened is that she needed a killer hook for the personal essay on her college applications and figured if she could raise a national stink about racist labeling she’d have her pick of the Ivies. Whatever the case, her petition got an … undue amount of media attention, with various national news outlets picking it up. (Karen noticed on July 20.) I almost wrote “surprising” there instead of “undue,” but “surprising” isn’t the right word to describe the American press salivating over a conflict about racism between corporate America and a plucky teen who just wants to make the world a better place.

Trader Joe’s claimed at the time that it already decided years ago to phase out its ethnic food packaging and rebrand everything under the company name. The petition’s author responded, naturally, not by saying “Great, thank you!” but by grumbling that they should “commit to a date in which the packaging changes will be completed. If a date cannot be established, we ask that Trader Joe’s immediately remove all products that the company recognizes have not been inclusive and have not cultivated a welcoming, rewarding customer experience.” Which makes me think she probably has her eye on Harvard.

The company responded in a statement on July 24, although for whatever weird reason the entirety of political Twitter (me included) seems to have missed it until this afternoon. But the delay doesn’t make it any less enjoyable:

A few weeks ago, an online petition was launched calling on us to “remove racist packaging from [our] products.” Following were inaccurate reports that the petition prompted us to take action. We want to be clear: we disagree that any of these labels are racist. We do not make decisions based on petitions.

We make decisions based on what customers purchase, as well as the feedback we receive from our customers and Crew Members. If we feel there is need for change, we do not hesitate to take action.

Decades ago, our Buying Team started using product names, like Trader Giotto’s, Trader José’s, Trader Ming’s, etc. We thought then—and still do—that this naming of products could be fun and show appreciation for other cultures. For example, we named our Mexican beer “Trader José Premium” and a couple guacamole products are called “Avocado’s Number” in a kitschy reference to a mathematical theory. These products have been really popular with our customers, including some budding mathematicians…

Recently we have heard from many customers reaffirming that these name variations are largely viewed in exactly the way they were intended­—as an attempt to have fun with our product marketing. We continue our ongoing evaluation, and those products that resonate with our customers and sell well will remain on our shelves.

Lotta high-fiving happening on social media during the past few hours among the enemies of “cancel culture” over that statement. The punchline, and what probably explains the company’s boldness in saying, “um, nope,” is that virtually no one actually signed the petition. It had all of 1,400 names on it when Karen wrote her post, which is peanuts compared to a standard viral Change.org complaint. As I write this today, 10 days later, it’s barely nudged past 5,000. There’s zero evidence of any sort of meaningful grassroots energy to get TJ to change its ways.

Which leaves us with an inescapable question: How the hell did this land on the media’s radar? Have we reached the point where news outlets are willing to promote any ol’ woke crusade as “news” irrespective of scale?

There’s a secondary question. Why would Trader Joe’s supply this wheezing cancellation effort with any oxygen by deigning to respond to it? Why not just ignore it? All I can think is that they were de facto prisoners of our woke media’s otherwise inexplicable interest in the petition and calculated that blowing it off — especially with a kid leading the charge — might antagonize them into digging in on it. A polite but firm “we trust our customers” might be more likely to make the story go away than rolling their eyes and tuning it out would. Either way, treating the press as a de facto activist class, which is what it was in this case, is the only option.

Now that they have responded, they’re risking more people paying attention to the petition. And if more people pay attention, it may become a bigger headache for them. If it does, they’re stuck with their current position: Everyone cheering them right now for standing up to a (feeble) cancellation effort will be crushed if they end up bending the knee somehow. We’ll see what happens.