Wait, really? Redskins to be known as the “Washington Football Team” in the upcoming season 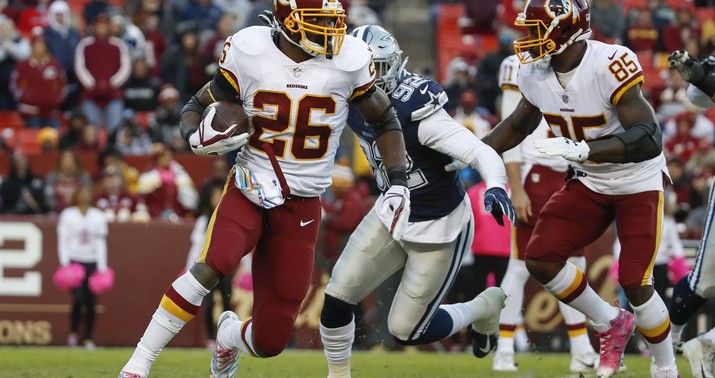 I saw this tweet and thought, “Ah, so this is the placeholder they’re using for the next few days or weeks, until they announce their new name.”

This is not a final renaming and rebranding for team; this is the name it wants to use until pending adoption of a new name in the future. pic.twitter.com/sBs0Uo0ICm

This is their name for the foreseeable future. They’re going to play under this name.

I mean, in theory. Assuming there was going to be a NFL season this fall, which there won’t be. But still. They intend to play under this name.

It’s not going over great:

Who you play for? The Washington football team.. naw that ain’t it 😂

For some reason that alone makes me feel it won’t be a football season.. I’m sad seriously

I’ll never fully relinquish my belief that the Jets are the most hapless franchise in the league, but between the sexual harassment scandals, the prolonged suckiness of the team, and the humiliating ineptness of not being able to so much as change their name properly, I’m persuadable that Washington is worse. Not persuaded. But persuadable.

The colors will stay the same, which will make it easier on fans who own ‘Skins jerseys.

Washington will not have any change to its color scheme. It will still use burgundy and gold. The Redskins logo on the helmet will be replaced by the player’s number in gold. The Washington Football Team will debut its home uniforms in week 1 against the Eagles. pic.twitter.com/8DpC6b0Tyj

They’ve changed the header on their Twitter account to reflect this too — although if you click over there and scroll down, the very first (pinned) tweet from May features a video of the team’s upcoming schedule with the familiar Redskins logo as the placeholder image.

Worse than the Jets? Maybe. I’m giving you “maybe.”

Part of me thinks there has to be a moneymaking angle here. It’s simply too stupid that they’d scrap the Redskins name either with no replacement in mind or no replacement attainable at the moment due to trademark issues. There was a flash of excitement yesterday when an eagle-eyed Redditor noticed that the same company that maintains the domain Redskins.com for the team had recently registered DCSentinels.com. Coincidentally or not, “Sentinels” was also the name of Washington’s team in the Keanu Reeves movie, “The Replacements.” It seemed like fiction was about to become fact.

But apparently not. Either the Redditor jumped to a mistaken conclusion or Washington was prepared to announce its switch to “Sentinels” until something fell through at the last minute. Maybe someone high-up decided, “Uh, that’s a terrible name” (which it is), and yanked it at the last second. That may be the most plausible explanation for how they arrived at “Washington Football Team,” now that I think of it. Conceivably they’d spent the last few weeks settling on a replacement name only to have it blow up for some reason, and now it’s so late in the offseason that there’s no time left to do everything needed legally and institutionally to adopt a different name before Week One. “Corporate rebrandings often take at least two months and often much longer to complete,” notes WaPo. Result: They opted to go with the generic name this year and then start fresh with a new one in 2021.

There might be a moneymaking angle. Since this is almost certainly the only year they’ll use this name, fans might be inclined to snap up merchandise for it. It’s a future collector’s item!

Washington said fans will be able to purchase “Washington Football Team” merchandise from Fanatics and NFL Shop in the coming days. pic.twitter.com/g6d7cevmn4

Per NBC, today’s decision gives the team time to “figure out a plan to properly honor Native Americans and the military, which is a priority for team owner Dan Snyder and head coach Ron Rivera.” There’s not a ton of overlap between those two groups that might work as a team name but “Codetalkers” would fit the bill. In the meantime, though, if they were strapped for time in registering a new name, why didn’t they just announce that 2020 will be the last season that the “Redskins” name is used by the team, with a new name to be adopted for 2021?

Or would wokesters have reacted to that by saying, “So you’re *admitting* now that the name is offensive and choosing to play under it anyway for another year?”

Exit question: Do Americans support or oppose Washington’s name change? Exit answer: It depends on which pollster you ask!