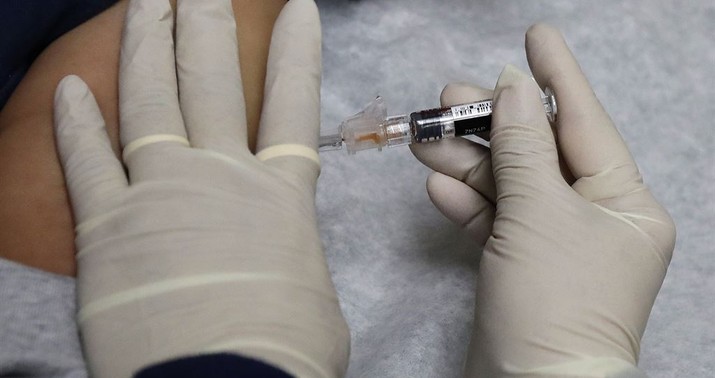 Any progress on a vaccine is important but this one’s especially important for two reasons. One: Oxford’s leading the pack (in the western world) in the race to be the first to develop an effective vaccine. It’s already in phase three of trials; the leading U.S. competitor, Moderna’s mRNA vaccine, is entering phase three now. If Oxford were to stumble, the wait for a vaccine would get longer. According to today’s preliminary results in the The Lancet, they have not stumbled.

Two: Scientists are increasingly focused on the fact that T-cells, not just antibodies, may be key in putting out the fire when someone’s infected with coronavirus. T-cells target and destroy cells in the body that are infected. “Evaluating an immune response without accounting for T cells is like inventorying a national air force but leaving out the bomber jets,” writes Derek Thompson this morning in the Atlantic. In fact, some evidence points to the possibility that T-cells provide more robust and more durable immunity to COVID-19 than antibodies, with one French study having uncovered cases of people recovering from the disease without any antibodies at all. Needless to say, a vaccine that boosts antibodies and T-cells is a choice vaccine.

The Oxford vaccine boosts both, per the early data published today from phase one/two trials. “We’re getting both sides of the immune system stimulated and that is fairly unusual for vaccines,” said the director of the Oxford project to NBC. Their product works by teaching the body to recognize the “spike protein” that SARS-CoV-2 uses to bind to cells and to neutralize it more efficiently. Then, if/when you’re infected with the virus itself, antibodies and T-cells are ready to pounce and squash it before it has time to replicate.

Reading medical studies as a layman is a bit like interpreting hieroglyphics but I think I have the gist of what this panel from the study means:

Those are measures of antibodies in people who participated in the trial. The first group received a meningitis vaccine (MenACWY) as a control, the second received the Oxford vaccine. As you can see, antibodies were much higher in the latter group than the former and were higher still after the booster shot a month later.

Note also that antibody levels didn’t decline much after reaching peak levels at around day 35 following the booster. A key question right now for vaccine-makers and the public is how long immunity to the virus lasts once you’ve conquered it. Hair-raising studies have appeared lately suggesting that antibodies might disappear from one’s system within a few months, making it possible for people to be reinfected over and over and calling into question whether a vaccine is worth the trouble. Thompson’s Atlantic piece tries to provide some reassurance on that: Measles antibodies also decline sharply and rapidly after you get that vaccine — and yet you remain protected for many years afterward. Plus, humans develop a certain amount of “immune memory” after being infected the first time that may help them beat the disease more easily if they’re reinfected later. So protection from a COVID vaccine might be valuable even if it’s not very long term.

The T-cell data from the study appears to be shakier. This analysis is above my pay grade but it seems that circumstantial evidence suggests the Oxford vaccine does a better job boosting T-cells than the meningitis control vaccine does:

Think the key msg here is that NO boost in T-cell responses was observed following 2nd dose https://t.co/197SEY7uW9 pic.twitter.com/MjSTsofsF9

Oxford isn’t the only vaccine-maker to show a “dual immunity” response from its product: “In a paper also released Monday, [German firm] BioNTech and Pfizer said their vaccine also induced T-cell responses.” As far as I’m aware, every vaccine that’s made it through phase one trials thus far has induced mild side effects in recipients, although nothing serious. Oxford’s vaccine is no exception, generating “fever, headaches, muscle aches, and injection site reactions, in about 60% of patients.”

There’s one other advantage Oxford might have over, say, Moderna: Efficiency.

The Oxford shot elicited neutralizing antibodies after a single dose, Hill said. That may be an important advantage in quickly raising immunity.

“I don’t read that clearly in the Moderna data,” he said. “I think they need two doses to see plausibly protective neutralizing antibodies.”

As I say, they’re in phase three trials now. That’s the acid test, when they inject people with the vaccine and send them out into the population to see if anyone gets infected. It’s one thing to produce antibodies and T-cells, it’s another to actually prevent infection by SARS-CoV-2. If all goes well, some doses of the vaccine could be available in limited situations by September. Oxford and its partner, AstraZeneca, are still aiming to make the vaccine widely available by the end of 2020 although that remains an absolute best-case scenario.

What do we do until then? We cross our fingers and hope for effective stopgap treatments that make the disease less deadly in severe cases than it is now. Like … this:

The treatment from [British]-based biotech Synairgen uses a protein called interferon beta which the body produces when it gets a viral infection.

The protein is inhaled directly into the lungs of patients with coronavirus, using a nebuliser, in the hope that it will stimulate an immune response.

The initial findings suggest the treatment cut the odds of a Covid-19 patient in hospital developing severe disease – such as requiring ventilation – by 79%.

Patients were two to three times more likely to recover to the point where everyday activities were not compromised by their illness, Synairgen claims.

The working theory is that coronavirus suppresses interferon, allowing it to replicate robustly in the body. Synairgen’s product boosts the depleted supply of interferon in the lungs, which enhances the immune response. It’s like sending reinforcements to the front lines after the first wave of troops suffers heavy losses. Supposedly there were “very significant” reductions in breathlessness among patients who received the protein, with hospital stays cut on average from nine days to six. Scientists want to see more data, needless to say.

It’d be fitting in a way if another country beat us to the punch on developing a vaccine. America’s response to the virus has been an omnishambles, to borrow a British term; our daily case count yesterday was nearly 100 times — no typo — that of the UK’s. (Although the UK’s deaths per capita remain higher than ours even now.) If Moderna or some other American outfit can’t be first, let’s hope Oxford is. That would deny China a bit of prestige after they foisted this curse on the world and would reduce the leverage they have to squeeze other countries on their foreign policy prerogatives in return for vaccine access.

It Looks Like Biden Will Say Anything That's on the Teleprompter

NASA astronaut’s voting plan is out of this world

“I think it’s really important for everybody to vote.”

NYT: Maybe a little anti-Catholicism is a good thing when it comes to Barrett

Two new polls: Not much support for Court-packing, even among Democrats

Charles Barkley: ‘We need to stop that defund or abolish the cops crap’

“Who are Black people supposed to call — Ghostbusters?”