Finally: Who’s up for the first 2024 Republican primary poll? 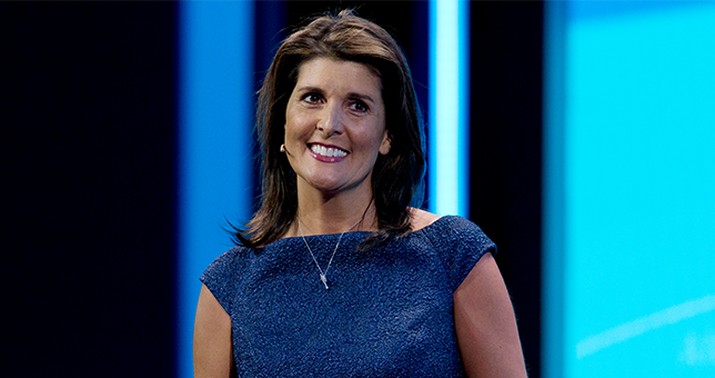 This isn’t a national poll or even a state poll. It’s a poll of Maine’s second district, which gave Trump a single electoral vote four years ago by breaking 51/41 for him — the first time the district had ever voted differently than Maine did statewide. It’s also the second-most rural district in America. Does that make it a useful bellwether for the GOP primary electorate nationwide? Ah, not really.

But the campaign we’re currently mired in is dull and grim, and its outcome increasingly predictable. Let’s start looking ahead. Via Survey USA:

Congrats to Marco Rubio, who’s been a senator for 10 years and has run for president once before, on finishing last in a field that includes Ivanka Trump.

The menu here is obviously incomplete. Tom Cotton and Josh Hawley may be little-known among Republicans but they’ve made noise lately on issues like the Insurrection Act and Big Tech regulation and they’re both certainly running in 2024. They should have been included. As should Tucker Carlson, the most effective communicator of Trumpian nationalism in American politics at the moment. Certainly he’s sufficiently well-known to Republican voters because of his Fox News show to have rated here.

If you combine voters’ preferences for first and second choice, the field looks like this:

Few surprises there since early-early polls are basically tests of name recognition. Pence is the sitting VP so he’s ahead. Cruz was the second-place finisher in 2016 and is a frequent presence in right-wing media so he’s second. Trump Jr shares a name with his father so he’s third. All things considered, I’d say a tie for second place overall and a de facto tie for third in the first/second choice total isn’t bad for Haley. She’s well-known to right-wing activists but the only real exposure Republican voters nationally have had to her was a not quite two-year stint as ambassador to the UN. If she’s starting with 22 percent, that’s evidence that a certain “Ready for Haley” bloc is already forming among Republican voters.

Whether she can build on it is, of course, a separate matter.

Another way to look at this field is in terms of lanes. Between Don Jr and Ivanka, there looks to be ~20 percent or so who’ll vote for the Trump brand regardless of the alternatives. Between Haley and Rubio, there’s another ~20 percent that’ll vote for a centrist turn away from Trumpism. Then, between Pence and Cruz, ~40 percent will support a Trump-allied populist-pandering evangelical — although I’m not sure that’s the right way to assess Pence, frankly. He is a Trump-allied populist-pandering evangelical but some meaningful amount of his support here is likely due to Republican voters just naming Trump’s VP because they have no firm thoughts about the field yet. There are the true undecideds who’ll tell a pollster they’re undecided and then there are the people who are undecided but feel obliged to pick a name and say “Pence.” That support is soft.

Because Trump dominates the party so completely it’s seductive to think Don Jr will be a force in 2024. He might be; I’ve made that claim before myself. But as the president’s polling sinks, the argument for it gets weaker. Under what scenario this fall would GOP voters be left clamoring for four more years of Trumps? Either he loses and the Trump brand loses its aura of invincibility within the party or he wins and the entire country gets to spend four more years feeling completely exhausted and enervated by his antics. Most American voters have already reached their Trump saturation point. Republican voters will too; it’ll just take longer. As for Ivanka, she has no Republican cred. Don Jr marinates in right-wing media and social-media sh*tposting, which endears him to activists. Ivanka will leave the White House as a presumed Democrat, scapegoated along with her husband for all of the president’s problems.

It’s hard to imagine Pence or Cruz going the distance either. Cruz’s chief contribution to Republican politics lately has been lightly trolling people on Twitter; his political brand, as a populist “constitutional conservative,” is no longer in fashion on the right. He seems to be suffering an identity crisis, a figure who’s not quite as visible as Hawley and Carlson in the culture-war battles of the day despite his best efforts. Maybe he can leverage evangelical votes for a win the way he did in Iowa 2016 but there’s no reason to think he’ll have a stranglehold on that bloc in 2024, especially with Pence likely running. And Pence is an interesting figure: Although he’s bland as can be, another bland former vice president who served a much more charismatic president is doing okay for himself in the 2020 election. In theory Pence could be the GOP’s version of Biden, the guy who’s palatable enough for populists by dint of his Trump pedigree and palatable enough to establishmentarians because he’s very clearly an establishment politician by nature. A Pence administration would look more like a Romney administration than a Trump administration.

But that’s why I think he won’t end up pulling a Biden. Trump’s base knows a counterfeit when they see one, which is why they ended up siding with Trump over Cruz in 2016. And as the GOP becomes more of a cultural movement in retreat than a political party bent on governing, a character like Pence seems unequal to the task of leading it. The base wants an advocate who’ll own the libs by yelling in their faces, not some genial white-haired dude from Indiana who’s into “values.” You wouldn’t bet on Pence if he ended up head-to-head with someone like Carlson.

And then there’s Haley. Most days I think her balloon’s going to pop the same way Rubio’s popped in 2016. Hypothetically there’s a demand for a younger nonwhite (possibly/preferably female) leader of the party since that’s the way national electoral demographics are trending, but in reality it’s all too easy to imagine her getting steamrolled in a primary by angry populists like Hawley. Two things hold me back from counting her out, though. One: There’s a scenario in 2024 in which Haley’s effectively the only candidate *not* pandering aggressively to the populist base and ends up winning by consolidating that centrist vote. That would be something of a reversal from 2016, in which Trump ran as the only non-politician in the field and racked up some early primary wins with 30-35 percent of the electorate as more ideological Republican voters splintered among the likes of Cruz, Rubio, etc. Next time we could see populists divide between Cruz, Hawley, Cotton, Tucker, Don Jr, etc etc, and there’s Haley all alone in the middle with 30 percent of the vote, which sweeps her to victory in New Hampshire and then her home state of South Carolina.

Two: Haley’s stock will rise depending in part on how far Trump’s stock falls in November. If Biden’s current lead holds — in particular, if his huge lead holds among women voters — and Trump gets obliterated, the GOP will have a collective panic attack about how to win women back in 2024. That alone will help build a strong case for a woman nominee next time and Haley’s really the only game in town. But note: In the poll above, she’s in fourth place with single digits among the Republican women voters of ME-02. She actually does better with men than with women. Maybe that’s a blip. If it isn’t, then one of the strongest arguments for nominating her would be up in smoke.