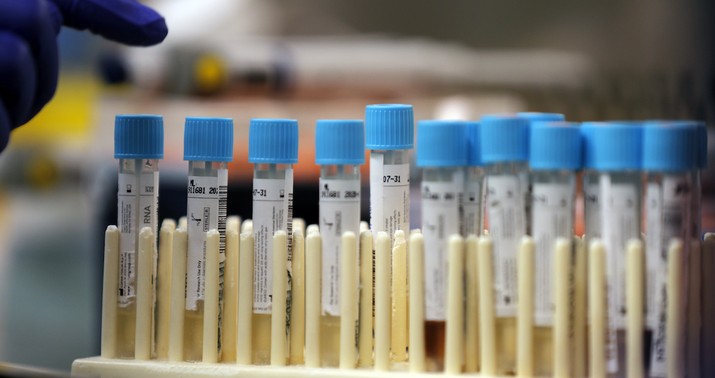 I’m sure our country, particularly its thoughtful and very mature activist class, will debate this subject with the sensitivity and seriousness it deserves.

In particular, expect the president’s eventual tweets about it to be a model of delicacy. Especially if it starts churning in the final weeks of the campaign.

You don’t need me or anyone else to explain what makes this subject thorny. On the one hand, dispensing life-saving medical treatment on the basis of race is eight flavors of f***ed up. On the other hand, if race makes people unusually susceptible to poor outcomes from COVID-19, why shouldn’t their “disability” move them to the front of the line? Their medical need for a vaccine is more urgent than the average white person’s, and urgency is always a factor when doctors have to prioritize patients for treatment.

In fact, a core argument by the people who demanded that America reopen early in April was that we all need to be more discerning about relative risk levels across the population. We shouldn’t lock down the whole country when it’s chiefly older adults and those with comorbidities who are at risk from the virus, right? Open up, let the vulnerable people isolate themselves, and let the healthy go out and take their chances.

Well, why not apply that logic to the vaccine? Let the vulnerable people get first crack, and let the healthy go out and take their chances. Don’t worry, the vaccine stock will be replenished. Eventually.

I’m eager to see how this would fly in court. Normally if the government comes in wanting to discriminate based on race, the judge will rhetorically punt their asses into the next county. But in certain very limited circumstances, if the state’s interest in discriminating is “compelling” and their discriminatory measure is “narrowly tailored,” the court might let it slide. Wanting to prioritize black and Latino Americans for the vaccine because they have a special need strikes me as an interest that might past muster as “compelling.” But is there a better way to do this? And would the certainty of litigation end up making this more trouble than it’s worth? Hold those thoughts.

Black and Latino people have become infected with the virus at three times the rate of whites, and have died nearly twice as frequently. Many of them have jobs that keep them from working at home, rely on public transportation or live in cramped homes that increase their risk of exposure. They are more likely to suffer from underlying health problems, including diabetes and obesity, that raise the risk of hospitalization and death. Not only do the groups have less access to health services, they have a documented history of receiving unequal care…

[T]here will be a gap between the first doses coming off the manufacturing lines and a stockpile large enough to vaccinate the U.S. population. “I would say months,” Dr. José R. Romero, the chairman of the Advisory Committee on Immunization Practices, predicted…

“I think we need to deal with this issue at this time with the information that we have. And it is: They are groups that need to be moved to the forefront, in my opinion.”…

“It’s racial inequality — inequality in housing, inequality in employment, inequality in access to health care — that produced the underlying diseases,” Dr. Matthew said in an interview. “That’s wrong. And it’s that inequality that requires us to prioritize by race and ethnicity.”

If you liked woke epidemiologists when they were carving out massive exceptions to social-distancing rules for BLM protests, you’re going to love them when they’re sending black and Latino Americans to the front of the line for the miracle drug amid a winter second wave of COVID that’s cutting a swath through the American populace.

To be clear, no one (I think) is considering making these groups the very first recipients of the vaccine. Per the Times, a preliminary plan would give first crack to “vital medical and national security officials first, and then to other essential workers and those considered at high risk.” It’s when we get down to those “high risk” groups that race, age, disability, and so on become factors. (An interesting problem, relatedly, is prisoners. The feds wouldn’t want to prioritize them for political reasons but they’re indisputably at very high risk of infection.) Here’s the question: Is it race per se that’s making blacks and Latinos more vulnerable to the virus or is it class? If there’s something congenital afoot, that’s one thing. But I haven’t seen data to support that. The conventional scientific wisdom (reiterated in the excerpt above) is that blacks and Latinos tend to have lower incomes and those lower incomes correlate with more health problems. It’s nothing genetic that leaves them prone to serious illness from coronavirus, it’s the higher rate of comorbidities and lower quality health care they receive on average that does.

In which case, why not follow the advice of a public health expert at Penn who spoke to the Times for its piece? He recommends a sort of “point system” that would prioritize people for the vaccine based on class correlates, not race — education, income, housing, and so on. Many black and Latino Americans would still be sent to the front of the line under that system but so would lower-income whites, who’d otherwise be stuck waiting for months for the vaccine. The health expert from Penn came up with this idea precisely because he’s worried that a court would nuke a pure race-based vaccine system, with good reason. I think the Roberts Court would look at a scheme like that and ask the same question I’m asking here. If poverty, not race, is making people more vulnerable to the virus, why the hell aren’t we prioritizing impoverished people? That would be more “narrowly tailored” to the problem than a racial system would.

One major advantage a racial system would have over a “points system,” though, is speed. We had a debate about speed back in the spring when states were locking down and many millions of people were suddenly being laid off. Uncle Sam needed to step in and get them money ASAP — but how? Some called for means-testing, having the IRS look at people’s adjusted gross income for the past year or two and send them a certain amount of stimulus money based on their perceived need. But others said there’s no time. Just get the money out the door. It’s a crisis; send everyone the same amount. We’ll feel the same sort of urgency to vaccinate the population once the vaccine is available. Are we going to spend months weighing everyone’s “points”? Or are we just going to designate certain groups as priorities and begin dosing them out immediately?

Anyway, neither you nor I nor anyone else expects America’s rich to sit idly by for months while millions of poors line up for first shot at the miracle cure. So either this entire scheme is going to go up in smoke, whether in court or in lobbyist-filled offices in Congress, or the rich will simply figure out a way to get vaccinated immediately through other means.