How much longer until baseball cancels its season due to coronavirus? 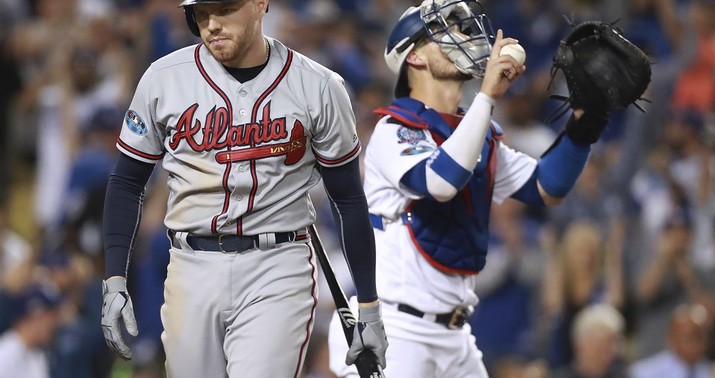 They’re supposed to release the 60-game schedule tonight at 6 p.m. That seems mighty optimistic under the circumstances.

Deadspin has a fine round-up of all of the discouraging signs this weekend that baseball will actually be played this summer, but we can boil it down to two points. Live sports would stand a decent chance of happening right now if (a) the entire country’s epidemic curve looked like New York’s, with cases bottoming out (mostly) everywhere, instead of the opposite, and (b) players who’ve already been infected had beaten the disease with few or no symptoms, making it seem like more of an inconvenience than a mortal threat.

We all know how badly the United States has missed on the first point but we’d been doing much better on the second point until recently. Athletes in every professional sport have contracted the disease, but thanks to their youth and excellent physical health, there have been few reports of any of them struggling with COVID-19. That changed two days ago with news that Braves all-star Freddie Freeman has come down with a case and it’s momentarily kicking his ass:

Chelsea wants others to take this virus seriously, wear a mask in public and wash your hands . #ForTheA #COVIDー19 pic.twitter.com/I7Ftb3NMya

Some big names, like David Price, had already opted out of playing this year due to health worries about the virus, but Freeman’s ordeal might have a domino effect. It’s already persuaded one player on his own team, Nick Markakis, to throw in the towel:

Nick Markakis: "We play for the fans…With them not there it's tough. I think that was the biggest blow for me." He said his decision was also influenced after he talked to Freeman and heard how sick he sounded this weekend.

Markakis is 36, a bit older than the average player and thus a bit more at risk for serious complications from infection. Felix Hernandez, another Brave who’s on the wrong side of 30, has now decided against playing this year as well. If, God forbid, Freeman needs to go to the hospital for treatment, I’d wager heavily that that’s it for baseball in 2020. The league won’t even wait around for guys to start pulling out en masse before canceling the season in that scenario, I suspect. They’ll just pull the plug and say, “Too risky.”

The players are under no illusions about how unlikely it is that they’ll actually manage to complete the season without a rash of infections once it starts, in which case, why bother starting?

“I think there’s still some doubt that we’re going to have a season now,” Miller told reporters Sunday, less than three weeks before the regular season is scheduled to begin July 23. “By no means is this a slam dunk. We’re trying. We’re going to give it our best effort, but for me to sit here and say 100 percent would be a lie.”

Even Mike Trout, indisputably the game’s greatest player, is iffy about playing because his wife is pregnant with their first child, due next month. “If there’s an outbreak or something happens in the next few weeks, I’ll have to reconsider,” he told reporters lately. That’s another thing that could torpedo the season straightaway: Even if Freeman recovers, having a cascade of the game’s stars opt out of playing would make baseball a shell of itself. Why bother proceeding?

It would be one thing if MLB’s protocols for player safety were running like clockwork, but they aren’t. There’s no precedent for this situation; the league is scrambling to work out the bugs on safety as they rush towards the start of play. Both league champions, the Nationals and the Astros, had to cancel team workouts today because the COVID-19 tests they submitted on Friday still hadn’t been processed as of this morning due to the holiday weekend. All teams are supposed to be tested every other day. If you don’t know whether anyone in the locker room is infected then obviously you can’t have the team together. Mike Rizzo, the Nats’ GM, made clear in his statement about it that the season is at risk if testing can’t proceed rapidly and regularly:

#Nationals cancel workout today and GM Mike Rizzo does not obfuscate why. pic.twitter.com/nio0rNANC7

Per Deadspin, that’s not the only problem:

The Nationals have also not received the PPE gear they were suppose to have, Doolittle said. This includes:

Coupled with testing delays, this is not good.

Nats’ reliever Sean Doolittle had the most biting commentary on the state of play in MLB that I’ve read. If Americans really cared about watching sports this year, he argued, they would have behaved much differently in the first six months of 2020:

“We’re trying to bring baseball back during a pandemic that’s killed 130,000 people [in the U.S.]We’re way worse off as a country than where we were in March when we shut this thing down. … We haven’t done any of the things that other countries have done to bring sports back. Sports are like the reward of a functional society, and we’re trying to just bring it back, even though we’ve taken none of the steps to flatten the curve, whatever you want to say. … We just opened back up for Memorial Day. We decided we’re done with it.”…

“We need help from the general public. If they want to watch baseball, please wear a mask, social distance, keep washing your hands. Like, we can’t just have virus fatigue and think, ‘Well, it’s been four months. We’re over it. This has been enough time, right? We’ve waited long enough, shouldn’t sports come back now?’ No, there are things we have to do in order to bring this stuff back.”

I’d guess there’s a 20 percent chance the season starts as scheduled. It’s contingent first and foremost on Freeman recovering without further deterioration and no other guys getting bad cases. It’s also contingent on America’s daily case count and death toll not getting worse over the next two weeks. I think they’ll give it a go if the current status quo holds through the end of July (or if things improve, of course), but any signs of worsening and they’re done. And even if they get the season off the ground, the odds that they play the entire schedule without complications are … what? Five percent, maybe?

The real suspense is how the other leagues might react to baseball throwing in the towel or an MLB player needing to be hospitalized for treatment. Would the NFL even attempt a season? Will the NBA carry on with its “bubble” plan in Florida as cases skyrocket there or would they bag it too? It’s looking dodgy right now. Stay tuned.