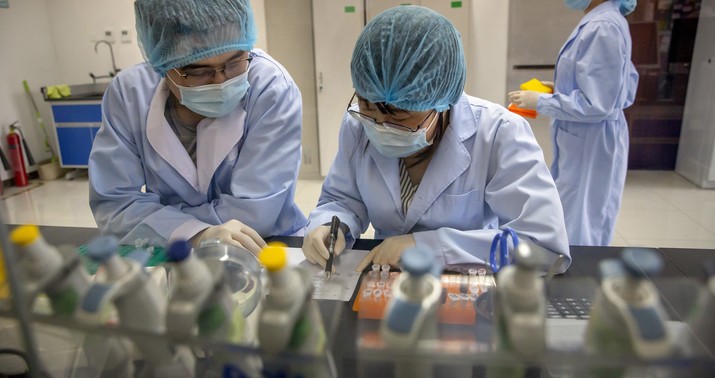 Via Derek Thompson, I wrote about one of the doctors responsible for this study (Silvio Belusconi’s personal physician, no less) a month ago when he claimed, provocatively, that the coronavirus “no longer exists clinically” in Italy. He and the other doctors who authored this study work at San Raffaele hospital in Milan, the heart of the country’s catastrophic outbreak this past spring. Where on earth did he get the idea that COVID-19 was losing potency?

From his hospital’s data, it turns out:

Patients are divided into temporal quartiles of 20 days each. Date of last follow-up was 12 June 2020. Minimum follow-up of the last patients hospitalized was 30 days. A total of 129/950 (14%) patients required ICU. Of the 950 patients, 30-day mortality was 164/950 (17%), with a dramatic drop in the mortality rate after the first time quartile, decreasing from 24% to 2% (Figure 1). Age and time of admission were independent predictors of hospital mortality in the multivariate model (Table 1).

There are a number of possible reasons that may explain these findings. In our institution, the proportion of patients requiring ICU decreased over time from 17% to 7%, without significant changes in patients’ age, suggesting a decreased severity of clinical presentation and progression.

If you were admitted to the ICU at San Raffaele with COVID-19 in the first half of March, you had a one in four chance of dying. If you were admitted in the first half of May, you had a one in 50 chance. Something has changed. But is that something related to the virus itself or to better care by the hospital as doctors came to recognize which treatments worked and which didn’t? The authors mention that as one possible explanation along with several others, ranging from the social distancing effect of the lockdowns to the fact that that distancing also limited co-infections by the flu to even the possibility that lower air pollution due to the reduced traffic has improved patients’ health. The flu theory is especially interesting: What if COVID is especially lethal in colder weather because it weakens the body and makes it susceptible to failure from ordinary everyday flu that we’d otherwise shake off? That’s a possibility worth exploring further.

Whatever the explanation, we’re now a month on from the claim that the virus “no longer exists clinically” in Italy. Annnnnd that claim is looking stronger than we might have guessed a month ago:

The curve for daily cases looks much the same. Like New Yorkers, Italians went through hell but they’ve come through the other side with the virus momentarily in full retreat. And that’s despite the fact that Italy began easing lockdown restrictions at the start of June. Whether because of stringent voluntary social distancing or because the virus there really has lost something, Italy’s thus far avoided the fate of the U.S. in experiencing a resurgent first wave.

There’s no hard evidence I’m aware of that the virus has mutated into something less lethal, although there is evidence that it’s mutated into something more contagious. I flagged this WaPo story yesterday in posing a question: Is it possible that the new, more infectious strain of SARS-CoV-2 that doctors think is taking over the world might also be less deadly than the original version? Americans are watching in horror as the case counts here climb each day, only to be left scratching their heads at the fact that deaths aren’t similarly rising. A more infectious yet less deadly strain of the disease would explain that.

But there are other possibilities. WaPo floated this theory a month ago for why cases and deaths in Italy had dropped precipitously:

Zangrillo’s clinical observations are more likely a reflection of the fact that with the peak of the outbreak long past, there is less virus in circulation, and people may be less likely to be exposed to high doses of it. In addition, only severely sick people were likely to be tested early on, compared with the situation now when even those with mild symptoms are more likely to get swabbed, experts said…

“The virus hasn’t lost function on the time scale of two months,” said Andrew Noymer, an epidemiologist at the University of California at Irvine. “Loss of function is something I expect over a time scale of years.”

It may not be the virus itself is weaker. It may simply be that Italians are encountering less of it in their daily interactions. *If* it’s true that there’s a certain threshold viral load beyond which COVID-19 transforms from a nasty but manageable bug into a life-threatening illness then crushing the curve may have a momentous salutary side benefit to locals. Not only will they be less likely to get infected, they may be less likely to die if they are infected.

What about the global picture, though? This graph represents deaths from the disease across the world. There’s been very little change since mid-May, although of course there are different hot spots now than there were then:

That’s proof that the virus *isn’t* weakening, right? Well, hold on. Here’s the graph of confirmed cases around the world since mid-May:

We have roughly the same number of deaths then and now … but twice the number of cases today. Hmmm! There are obvious caveats there, starting with the fact that no one really knows if Russia or Brazil, let alone China, is reporting their data accurately. And for what it’s worth, deaths have begun to rise slightly in some American hot spots lately, which may be the start of an ominous trend:

Texas: Deaths are now trending solidly up. This is bad. pic.twitter.com/1AxkK7h0er

But it’s plausible that something has changed between two months ago and now to reduce the risk of death from SARS-CoV-2. I’ll leave you with this quote by an expert at the University of Pittsburgh from WaPo’s story last month, as it seems like the most probable explanation: “I believe it’s safe to say that the differences that doctors are reporting in Italy are entirely due to changes to medical treatment and in human behavior, which limit transmission and numbers of new infections initiated by large inocula — a larger dose of virus appears to be worse — rather than changes in the virus itself.”