Trump rips Fox again: They should fire their fake pollster 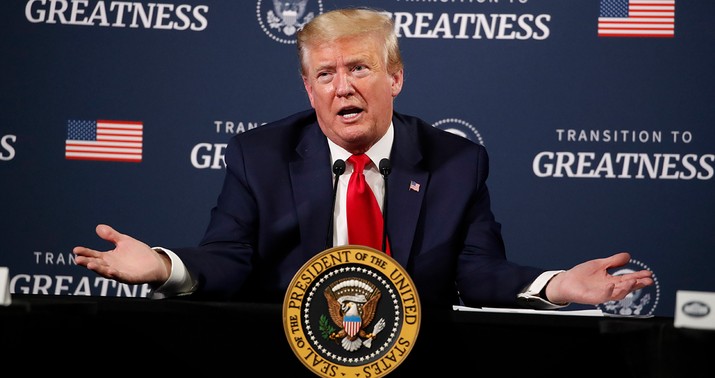 It really is funny how often Fox News polls turn out badly for him. Not always — they had him tied with Biden early last month, which was probably the result of a small “rally around our leaders” effect in the first weeks of the pandemic. But because Fox’s biggest stars cheerlead so effusively for him, each middling or downright discouraging poll that the network publishes feels hugely subversive, almost scandalous. It’d be like state TV in another country briefly interrupting programming to announce that the supreme leader is polling at 40 percent before throwing it back to another hour of “The Supreme Leader Is Awesome.”

Every time a new Fox poll drops, I imagine the polling team huddled around a computer together the night before, tabulating the results, and just groaning aloud as they add up the numbers and realize they’re going to eat sh*t from him and his fans again.

But I give them and Fox tons of credit for sticking to their guns. Their loyal fans would surely be happier if they closed down their polling shop, or at least outsourced those duties to a more Trump-friendly pollster like Rasmussen. (Although Rasmussen hasn’t been so friendly either lately.) Instead they keep cranking them out. I assume it’s a prestige thing. You’re not really a major credible news agency in the U.S. unless you’re doing your own polling, so that’s what Fox does.

Once Trump takes over the network next year he’ll put a stop to it.

.@FoxNews should fire their Fake Pollster. Never had a good Fox Poll! https://t.co/joHfkQwd9L

Why doesn’t @FoxNews put up the CNBC POLL or the (believe it or not!) @CNN Poll? Hope Roger A is looking down and watching what has happened to this once beautiful creation!

That’s funny too because he trailed in the CNBC and the CNN polls published recently. But CNBC at least had the race close (Biden by three) and CNN had Trump ahead in the battleground states, which is all that matters. Fox’s new poll last night was less kind:

The latest Fox News Poll finds voters trust Biden to do a better job than Trump on health care by 17 points, coronavirus by 9, and relations with China by 6. Trump is trusted more on the economy by a slim 3-point margin…

In the 2020 ballot test, Biden leads Trump by 48-40 percent. Biden’s 8-point advantage is outside the poll’s margin of error. However, given that 11 percent are undecided or plan to vote for someone else, neither candidate hits 50 percent support. The race could go either way…

Biden makes inroads with two key groups: independents prefer him by 13 points and voters ages 65+ by 17 points. In 2016, Trump won independents by 4 and seniors by 7.

It’s not all good news for Biden, as he lags Hillary Clinton’s advantage among black voters by 17 points. I’m also highly skeptical that Biden has a 12-point lead among people who are “extremely motivated” to vote this fall, as Fox claims, notwithstanding the fact that Democratic voters badly want to beat Trump this fall. But the numbers here among senior citizens are noteworthy because they do jibe with various other polls, including at least one of Florida, showing Biden with a strong advantage among that group. That’s a five-alarm fire for Trump and one he has to put out somehow before November. Can’t have a 20-point swing among a high-turnout group and still get reelected.

Here’s how the race looked four years ago at this time in Fox polling, by the way:

Whether Trump’s suffering this year mainly because of his ratings on coronavirus (even the CNBC poll found Biden leading him by seven on who’d do a better job of handling coronavirus) or simply because Biden isn’t nearly as personally disliked as Hillary Clinton is an open question, but the answer matters a lot. Trump can do something about the first part. It’s not clear if he can do much about the second, no matter how much Obamagate/Burisma stuff he throws at Biden.

In any case, the Fox poll is an outlier in its topline number. They may see Biden leading nationally by eight but the average right now stands at 5.5 points, very similar to where it’s been for most of the year. If there’s any real significance to the poll, it may be as a sign that Biden has shaken off any damage from the Tara Reade accusation. His lead over Trump had dropped to 4.4 points a few weeks ago as that story started percolating but he’s regained that point since then.

Maybe Trump will get lucky by having Biden pick a highly unlikable VP? I know someone who fits the bill and who really seems to want the job.