Hong Kong study: Surgical masks could reduce coronavirus transmission by as much as 75% 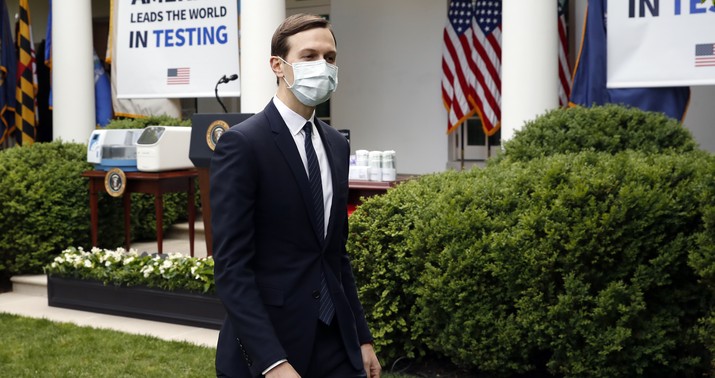 Andrew Cuomo’s taking a belated but well-deserved beating over his health department’s insane initial policy of returning infected nursing-home residents to their facilities, where they spread the disease, instead of quarantining them elsewhere. That’s one of the first major recriminations for terrible decision-making by federal and state leaders early on that could have prevented many deaths in hindsight, but it won’t be the last.

Now that the smoke from the first wave has cleared and people are assessing how we might have done better, may I suggest the refusal in February and March by the CDC and surgeon general to enthusiastically promote mask-wearing as another fatal error with momentous consequences?

I mean, they didn’t just refuse to promote it. They actively advised against it.

They are NOT effective in preventing general public from catching #Coronavirus, but if healthcare providers can’t get them to care for sick patients, it puts them and our communities at risk!
https://t.co/UxZRwxxKL9

The excuse will be that the feds were worried about supply chains and wanted to make sure the public wasn’t hoarding masks that doctors and nurses needed. But that point could have been communicated without misleading Americans about the potential efficacy of masks. If the feds had told everyone on March 1, “Urgent advisory: Cover your nose and mouth with any breathable cloth you have on hand whenever you interact with people outside the home,” what would the case load in the U.S. look like today?

Coronavirus may have been novel but the practice of using masks to limit transmission of infectious diseases wasn’t. Why didn’t they push harder for it?

We’re about to embark on a real-time experiment on whether masks work as most of the country reopens and most people take to wearing masks when they’re out shopping. If I were a business owner reading this story about a new study from Hong Kong, no one would be allowed on my premises without covering up.

The study, which the Hong Kong team calls the first of its kind, used hamsters in two cages; one group of hamsters infected with Covid-19 and the other healthy. The researchers created three different scenarios: mask barriers placed just on cages with the infected subjects, masks covering the healthy subjects, and one with no mask barriers at all, with a fan between the cages allowing particles to be transmitted between them.

With no mask barriers at all, two-thirds of the healthy hamsters — 66.7% — were infected with the virus within a week, the researchers found.

When the mask was placed over the infected cage, however, that infection rate dropped to 16.7%.

The infection rate went up to 33% when the mask barrier was only used to cover the healthy hamsters’ cage.

“The findings implied to the world and the public is that the effectiveness of mask-wearing against the coronavirus pandemic is huge,” said a microbiologist who helped discover SARS in 2003 of the results. There were two noteworthy takeaways. First, it does seem to be true that masks do more to prevent you from infecting others than prevent you from being infected by others, which is what we’d expect. A mask covering an infected person’s mouth is intercepting the entire load of virus-carrying droplets at a moment when they’re confined to a small space. If instead there’s no mask and that spray is ejected into the air, it can spread out, float around, and potentially sneak into a second person’s nose or mouth even if they’re wearing a mask by slipping through small spaces between that person’s mask and skin. Gotta stop transmission at the source. And since asymptomatic people are the key vector for transmission, that means everyone needs to operate on the assumption that they’re infected.

Second, the Hong Kong researchers discovered that healthy hamsters who were infected despite having a mask barrier over their cages nonetheless “had less of the virus in their bodies compared to those infected without the masks.” That’s potentially important because scientists have speculated that the amount of the virus that enters your body may affect how severe your symptoms are. In other words, wearing a mask may not keep you from getting infected — but it may keep you from dying. Which is a pretty good reason to wear a mask.

In fact, here’s an arresting stat providing circumstantial evidence of how effective masks might be in holding down the body count. Although New York and Hong Kong are both high-density major metropolises (NYC has around a million more people than HK), New York has endured many thousands of COVID-19 deaths. Hong Kong, where masks are ubiquitous, has endured four. Not four thousand. Four. Which seems like the right note on which to remind you that a recent computer model assembled by academics showed that universal mask-wearing in the U.S. (i.e. more than 80 percent of the public wearing masks) would be far more effective in limiting deaths going forward than even an indefinite lockdown would.

We can potentially have our cake and eat it too, then. End the lockdowns, reopen, get the economy going, and prevent a second wave. All we need to do, perhaps, is practice basic smart social distancing — and wear masks.

…and also maybe start spraying everything down with that new “specially formulated antimicrobial coating” they’ve come up with in Arizona that kills coronavirus on contact for 90 days. Really! I’m not making that up.

Speaking of innovations, I’ll leave you with this. I feel like there may be a design flaw here although I can’t put my finger on it.

Israeli inventors have developed a mask with a remote-control mouth that lets diners eat without taking it off https://t.co/LLCRxRWDBv pic.twitter.com/9ImXdIAayP