Merkel to German parliament: “Freedom of expression has its limits” 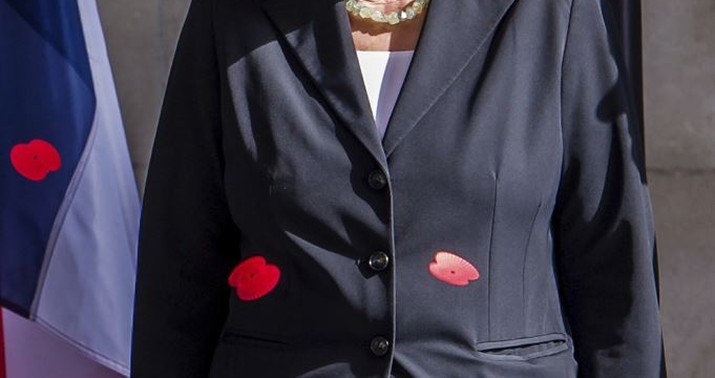 A viral clip from a few days ago that’s making the rounds this weekend.

She’s always been bad on this issue. If you doubt that, read this useful summary of “the Böhmermann affair,” which describes what happened a few years ago when a German satirist read a poem on television attacking the president of Turkey. Erdogan doesn’t handle criticism well under the best circumstances but being mocked on German TV was a special affront given the size of Germany’s population of Turkish expats and citizens of Turkish ancestry. He demanded that the satirist be prosecuted criminally under Germany’s law forbidding abusive criticism of a foreign head of state. Initially Merkel stood up for the satirist, emphasizing his right to freedom of opinion. But the sultan wouldn’t let it go and Merkel fretted that the incident might eventually cost her the cooperation of Turkey on Europe’s Middle Eastern refugee crisis.

So she decided that prosecuting the satirist would be the right thing to do after all (with the caveat that the law banning “abusive criticism” of foreign leaders should be repealed afterwards). Her ministers reportedly opposed the decision but her mind was made up. She also groused at one point that the poem was “intentionally hurtful” to Erdogan, although she ended up walking that back a few days later, admitting that it was a mistake to criticize. Eventually the case against the satirist was dropped but that was probably fine with the Turkish government. They’d already achieved something more valuable than a conviction, after all — watching the chancellor of Germany grovel in service to the principle that Erdogan’s tender snowflake feelings were more important than basic German liberties.

Go figure that, a few years later, she’d be emphatic about limiting freedom of expression when it’s used to spread hate. I’ve written about that a lot in the past, often noting that there’s a sizable constituency here at home that supports carving out an exception to the First Amendment for “hate speech,” but usually those posts illustrate the proverbial slippery slope with hypotheticals. In Merkel’s case, we don’t need a hypothetical. The Böhmermann case gives us a real-life insight into how far she might be willing to go to silence speech that’s not just hateful but merely “abusive,” or politically problematic. Ban racist speech and you might soon find that goofing on foreign leaders is a criminal act, with the support of the chancellor, for no better reason than that it creates a headache for the country’s diplomatic corps. That slope’s already pretty slippery.

I’ll give you a bit of context, though, not as an excuse but as an explanation for why Merkel might feel so agitated about this subject. A few months ago her country was shocked by news that a regional official and member of her party had been shot in the head on his front porch by a neo-Nazi. He had been threatened repeatedly for supporting Merkel’s pro-migrant policies in the past; his murder was the first assassination of a German politician by a fascist since the Nazi era. Another attack nearly ended in murder two years ago when a different official was stabbed in the neck and nearly bled out. Whether or not neo-Nazism in Germany is gaining in numbers, it’s gotten more deadly lately. Naturally, a politician who already looks dimly on free-speech absolutism — and who’s mindful of her country’s history — will get more aggressive in her belief in limiting speech in the name of containing what seems to be a growing threat. Government oppression of basic liberties is not the best way to rally the public against a movement that craves power in order to oppress basic liberties, but in an age where some American lefties unironically endorse physical violence against extremists on the other side in the name of, ahem, “anti-fascism,” it’s not surprising to see a liberal like Merkel go this route. Unfortunately. Dude, you voted PRESENT: Justin Amash tries the ol' 'History will not be kind to Republicans' thing and it does NOT go well

If you cannot even make the ballot how serious is this movement?