Anti-Trumper George Will: Democrats may simply be too weird to win next year

First he comes out against impeachment, now he’s kinda sorta predicting a Trump victory in 2020.

He’ll be on the MAGA Train before you know it.

Well, no, that’s unlikely. His summary of the dilemma Democrats are creating for voters with their more outlandish policy proposals suggests otherwise: “Do I stick with the doofus I’ve got or pick the doofus I don’t know?” They’re likely to stick with the doofus they know, he reasons. Are they, though? The 2016 election posed the same dilemma, after all. Hillary wasn’t an incumbent but her party was, and she’d spent enough time in power as a senator and Secretary of State for Americans to have formed a very good idea of what they’d be getting if they made her president. They went with the doofus they don’t know instead. They wanted a change from the status quo. Why would this time be different?

I wonder if, paradoxically, the sitting president might end up as the “doofus you don’t know” in this election too. The reason Democrats are rolling out so many radical policy proposals is to distinguish themselves in a very crowded field. By the time the nomination’s decided, the nominee will have staked out a lot of policy terrain, much of it unstable. One of Trump’s defining features in the 2016 campaign, though, was that he didn’t bother with a lot of different policy proposals, choosing instead to fashion his brand out of a few memorably bold ideas — build the wall, revisit trade deals, no foreign interventions. He remains hugely unpredictable as president apart from those few issues. No one would be surprised if he reached a deal with Democrats on a $2 trillion infrastructure bill; no one would be very surprised either if deficit hawks prevailed upon him to tackle entitlements in his second term. (A little surprised, sure.) He’s malleable on most things. So which candidate realistically is apt to be the doofus you know and which the doofus you don’t come next November?

Maybe it depends on whether Biden is the nominee or not. If he is, Trump might try to run a replay of 2016 in which he, the incumbent, remains the change agent on the ballot opposed to the neoliberal conventional wisdom that governed America for years, embodied by Biden. Whereas if it’s Bernie or Warren as nominee, maybe Trump follows Will’s instincts here and gambles that Americans won’t want to elect two wildly different change agents in successive elections. In that case he’d position himself as a pillar of stability and a bulwark against radical transformation. Although I’m probably overthinking it, just as Will is overthinking it. Trump’s personality dominates American politics so totally that it’s hard to imagine the election ultimately being anything but a referendum on him. Which may be why Bernie and the rest feel so comfortable getting crazy with the policy cheez whiz in the primaries: In the end, everyone’s vote will come down to how they feel about Trump, not the Democrat. 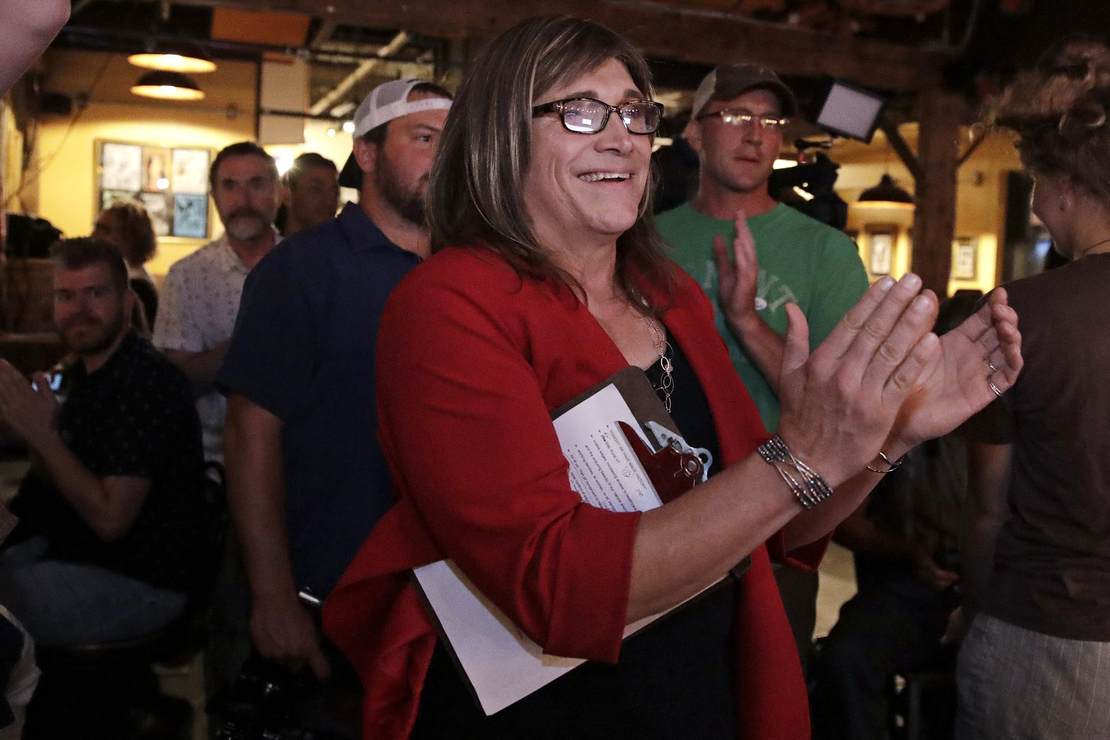 'A Man is a Man and a Woman is a Woman': New York College Student Suspended for Violating Students' Dignity