AOC: When does nonstop criticism of me by the Daily Caller rise to the level of "harassment"?

Never. The answer to this very basic question about the press’s right to annoy a member of Congress is “Nevah evah.” Defamation is a different story, but the bar there is set so high for a figure as public as Ocasio-Cortez that it might as well be “Nevah evah” too.

The real question is, at what point is their nonstop, targeted behavior considered harassment?https://t.co/qpjrLpGRLv

Normally this would be the point where I’d rip on her for having thuggish political instincts and a grade-school grasp of free speech. But, well…

Thin skinned NY political novice suddenly catapulted to stardom despite never shedding a deep persecution complex and paranoia about the media? Is this Groundhog Day?

Yeah, we on the right should probably hold off on lecturing AOC about the First Amendment until she’s called for tightening libel laws 500 times. Although maybe that’d be a fruitful area for compromise between her and POTUS: The Trump/Ocasio-Cortez “Criticism Is a Tort” Act of 2019. Combine each of their personality cults and you’ll probably have 80 percent support for that bill.

That’s not all she and Trump have in common. Unnerved by her loose-cannon instincts and a populist base that has suddenly made her bigger than the party, a wary party establishment has begun trying to rein her in:

Some lawmakers with ties to Ocasio-Cortez are hoping to coax her into using her star power to unite Democrats and turn her fire on Republicans. Others simultaneously warn Ocasio-Cortez is destined for a lonely, ineffectual career in Congress if she continues to treat her own party as the enemy…

Incumbent Democrats are most annoyed by Ocasio-Cortez’s threat to back primary opponents against members of their ranks she deems too moderate. But their frustration goes beyond that: Democratic leaders are upset that she railed against their new set of House rules on Twitter the first week of the new Congress. Rank and file are peeved that there’s a grassroots movement to try to win her a top committee post they feel she doesn’t deserve…

“She needs to decide: Does she want to be an effective legislator or just continue being a Twitter star?” said one House Democrat who’s in lockstep with Ocasio Cortez’s ideology. “There’s a difference between being an activist and a lawmaker in Congress.”

Other Dems complained that she’s nice as can be in person, then prone to turning around and flaming them on Twitter. Who does that remind me of?

“She will come to the understanding that it’s a better use of her time fighting the Republican Party than her Democratic colleagues who agree with her on green energy,” predicted her colleague, Carolyn Maloney. I’m gonna counter-predict that, er, no, she won’t. Not for a good long while. The market for populists is driven by the members of a party’s base who view their own establishment as feckless and ideologically inert. Can’t beat the other team, the thinking goes, unless and until you have coaches who know how to win. The AOC cult doesn’t exist because they think she’s going to stick it to Trump, it exists because they think she’s going to stick it to neoliberal Democrats and bring in new progressive management. But she’ll need to pick her battles. Neoliberals have some power too and can make life difficult for her if she engages in open warfare. She’ll have to use carrot and stick, same as they’re currently trying to do with her — defending the leadership against Republicans at certain points, campaigning for centrist Dems in districts where her support might help, then criticizing them when they’re not racing left fast enough for her tastes. They’ll take the bitter as long as there’s some sweet.

Her ultimate task is remaking her own party, though. Until that’s done, taking on the GOP is a secondary matter. Which reminds me, your exit quotation: 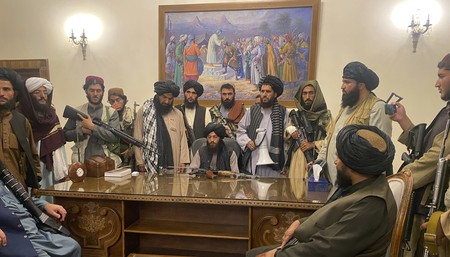 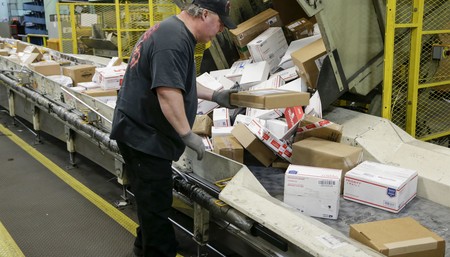 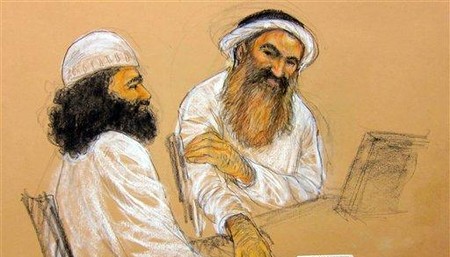 Democratic Congressional Candidate's Tweet on 9/11: 'Not Even Close' That Jan. 6 Was Worse
Townhall
'You think YOUR patience is running out? LOL, f**k YOU.' EPIC thread from the 'unvaccinated' kicks SO much a*s and takes ALL the names
Twitchy
Biden Insults 9/11 Dead at Memorial, Then Tries to Use Them to Incoherently Defend Himself
Redstate
Man Gunned Down by Antifa Assassin During 'Summer of Love' Sues Portland for Millions
PJ Media