Lots of buzz about this detail in the Times’s new story about the West Wing trying to get its act together, but we’re faced with the recurring problem of being caught between two unreliable narrators. Is there less to this than meets the eye?

Mr. Priebus has told Mr. Trump and Mr. Bannon that the administration needs to rethink its policy and communications operation in the wake of embarrassing revelations that key details of the [travel ban] orders were withheld from agencies, White House staff and Republican congressional leaders like Speaker Paul D. Ryan.

Mr. Priebus has also created a 10-point checklist for the release of any new initiatives that includes signoff from the communications department and the White House staff secretary, Robert Porter, according to several aides familiar with the process.

Mr. Priebus bristles at the perception that he occupies a diminished perch in the West Wing pecking order compared with previous chiefs. But for the moment, Mr. Bannon remains the president’s dominant adviser, despite Mr. Trump’s anger that he was not fully briefed on details of the executive order he signed giving his chief strategist a seat on the National Security Council, a greater source of frustration to the president than the fallout from the travel ban.

That sounds as though Bannon tried to pull a fast one on Trump, getting him to authorize Bannon’s seat on the NSC’s Principals Committee without making it clear to him what he was signing. If that’s what happened, God only knows what other orders Trump might be signing blindly to implement Bannon’s nationalist agenda. But the truth, as usual, may be more complicated:

Wait, so Bannon did explain the order to Trump before he signed it? In that case, what is Trump annoyed about? New York magazine notes reporting elsewhere that Trump later amended the order to make CIA Director Mike Pompeo a member of the Principals Committee too. Maybe Pompeo’s role is what was omitted from the pre-signing briefing, not anything having to do with Bannon. Either way, there must be a leaker very, very close to the president himself to know the details of what he is and isn’t being briefed on and when. Could this be Priebus or one of his allies trying to undermine Bannon by whispering to the Times? Note the bit in the excerpt above about Reince “bristling” at the idea that he’s subordinate to Bannon even though he’s the chief of staff.

Team Reince might have another reason to leak, namely, that the snafu in briefing Trump on the NSC order points to larger organizational dysfunction in the West Wing, and the more public that problem becomes, the more likely it is that Trump will increase Priebus’s power to put things in order. The Times excerpt shows Reince already working to make the process for approving executive orders more rigorous. According to a WaPo report over the weekend, Trump recently made Priebus’s authority explicit to other key staff:

At a senior staff meeting last Monday, according to one adviser in attendance, the president delivered an unmistakable decree: “Reince [Priebus] is in charge. He’s the chief of staff. Everything has to go through him.”

That directive included setting clearer boundaries among the various departments and assertively tamping down reports of staff infighting, which aides said personally angered the president.

Over the rest of the week, Priebus sought to assert control over the policy process and interagency communications, slowed the assembly line of executive orders to avoid errors and tried to organize the daily rhythms in the White House.

Later in the piece, an unnamed senior official is quoted as saying that certain people might be “coloring outside the lines” of proper administrative protocols to get things accomplished, which smells like a reference to Bannon and Stephen Miller reportedly having convinced Trump to sign the travel ban order before cabinet members like John Kelly and Jim Mattis had had time to fully review it. Partly that’s because they were worried about leaks: Time magazine notes that “The decision to rush the refugee order through a relatively secret process came after Bannon and Miller noticed that documents circulated through the National Security Council’s professional staff were leaking to the press, according to Administration sources.” Other reporting elsewhere claims that Bannon has told allies “that he and Mr. Miller have a brief window in which to push through their vision of Mr. Trump’s economic nationalism.” All of that might explain the flurry of early executive orders, the sloppiness in not fully informing Trump (and others) of details before he signs, and the sudden rush for Priebus to get control of the policymaking process and slow it down. Bannon appears to be a man in a hurry, not just to lock down nationalist gains but to make a disruptive splash in doing so. Maybe he’s moving too fast even for Trump.

Speaking of which, a noteworthy tweet from this morning:

The prevailing theory on Twitter is that he tweeted that in response to the clip below from “Morning Joe,” in which Scarborough goes on at length near the beginning about all the press Steve Bannon has gotten lately as Trump’s svengali and even as a sort of “shadow president.” Some of that press may be a straightforward objective assessment of Bannon’s influence but I think there’s an angle to it too — Bannon has a lot of ideological enemies on the left and right and one seemingly surefire way to reduce his sway over Trump would be to tweak Trump’s ego by hyping the idea that it’s Bannon, not Trump, who’s really calling the shots for the United States. The more Trump is perceived as Bannon’s lackey rather than the other way around, the greater the odds that Trump will sideline Bannon or push him out altogether — or at least that’s what Bannon’s enemies are hoping for. The fact that a clearly annoyed Trump tweeted what he did this morning about calling his own shots suggests there’s something to that strategy. I wonder if Bannon’s Time magazine cover contributed to the “Reince is in charge” marching orders from Trump last week too. 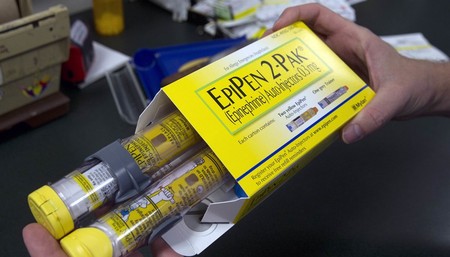 Joe Biden Reportedly Having Trouble Keeping Up With Everyone Else at G-7 Summit
Townhall
DAMMIT! We hate to admit it but The Hill just came up with the greatest ZINGER of them all for Jeffrey Toobin
Twitchy
A.U.D.I.T. of Elections: Hot and Getting Hotter!
Redstate
Joe Biden's Dementia European Vacation
PJ Media