Sean Spicer: The outrage over Trump's Holocaust statement is "pathetic"

I confess that I wouldn’t have spotted a problem with this statement if I’d read it before the uproar broke out this weekend.

“It is with a heavy heart and somber mind that we remember and honor the victims, survivors, heroes of the Holocaust. It is impossible to fully fathom the depravity and horror inflicted on innocent people by Nazi terror.

“Yet, we know that in the darkest hours of humanity, light shines the brightest. As we remember those who died, we are deeply grateful to those who risked their lives to save the innocent.

“In the name of the perished, I pledge to do everything in my power throughout my Presidency, and my life, to ensure that the forces of evil never again defeat the powers of good. Together, we will make love and tolerance prevalent throughout the world.”

The problem: Unlike Holocaust remembrance statements by Bush and Obama, it doesn’t refer explicitly to anti-semitism or the program of extermination against Jews. Was that an innocent oversight? I think so, but go figure that a guy whose campaign had a loud alt-right cheering section during the campaign and who seemed less than eager at times to denounce David Duke when asked might not get the benefit of the doubt. When the White House was asked this weekend why the statement didn’t mention Jewish victims specifically, Hope Hicks said “we are an incredibly inclusive group and we took into account all of those who suffered.” Okay, but inclusiveness is also the argument used to justify preferring “Happy Holidays” to “Merry Christmas,” one of those politically correct bugaboos that Trump and his fans usually have no patience for. They could have been inclusive by mentioning the many victims of the Holocaust while also noting the specific genocide against Jews.

Here’s why so many Jewish groups — from the ADL to the Jewish Republicans — thought Trump’s statement was particularly bad:

Greenblatt told CNN that the United Nations established International Holocaust Remembrance Day not only because of Holocaust denial but also because so many countries — Iran, Russia, Poland, and Hungary, for example — specifically refuse to acknowledge Hitler’s attempt to exterminate Jews, “opting instead to talk about generic suffering rather than recognizing this catastrophic incident for what is was: the intended genocide of the Jewish people.”

We’re all familiar with hardcore Holocaust denial, but soft-form revisionism of the sort that downplays the role of anti-semitism in the Nazi program instead of denying the Final Solution altogether is less well known. Deborah Lipstadt writes at The Atlantic, “The de-Judaization of the Holocaust, as exemplified by the White House statement, is what I term softcore Holocaust denial… It does not deny the facts but it minimizes them arguing that Jews use the Holocaust to draw attention away from criticism of Israel.” I think that’s why it’s so hard to believe the snub was intentional, though, notwithstanding the alt-right having crowned Trump as its champion. Trump opposes the Iran deal signed by Obama as a threat to Israeli security; he reportedly intervened to try to kill Obama’s anti-Israel resolution in December before it passed the Security Council; he’s made loud noises about moving the U.S. embassy to Jerusalem to support Israel’s claim to the city as its capital; he’s already arranged to meet with Netanyahu within the next three weeks; and Netanyahu has responded to the support from Trump by backing him up on the border wall. I suppose it’s possible to be callous and revisionist about the Holocaust and a supporter of Israel and its security, but … the Venn diagram probably doesn’t have much of an overlap.

I’m inclined to follow Hanlon’s Razor in explaining why Trump’s statement omitted Jewish genocide but am open to persuasion. In the meantime, here’s a forceful rejoinder by Spicer at today’s briefing in which he strongly suggests that Jared Kushner, whose own grandparents survived the Holocaust, had a hand in writing it. That wouldn’t be surprising if so: Kushner also reportedly helped write Trump’s well-regarded speech to AIPAC during the campaign last year.

Axios: You won't believe how much pandemic-relief unemployment benefits *may* have been stolen
Ed Morrissey Jun 10, 2021 12:01 PM ET

Guatemalan president: When the U.S. sends mixed messages about immigration, don't be surprised that migrants come
Allahpundit Jun 10, 2021 11:28 AM ET

This city is the first to announce that 70% of its residents are fully vaccinated yet the state is still not fully open
Karen Townsend Jun 10, 2021 11:01 AM ET

That 70s Show: Prices shoot up 5% in May while initial jobless claims plateau

Omar responds: Why didn't my Islamophobic colleagues call me for "clarification"? UPDATE: Spokesperson says Dems "ginning up ... Islamophobic hate against her"
Ed Morrissey Jun 10, 2021 9:31 AM ET 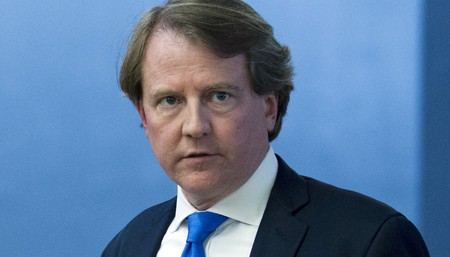 Stanford Scientist Gave a Diagnosis of Anthony Fauci's Credibility. You May Want to Sit Down.
Townhall
GOP Rep. Byron Donalds explains that 'as a black man in America, I'm allowed to have my own thoughts' after CNN's Brianna Keilar questions his black cred [video]
Twitchy
Tucker Raises Some Savage Questions About the Pic on the Plane of Jill Biden
Redstate
The Morning Briefing: Jill Biden's Creepy Edith Wilson 2.0 Moment Has Arrived
PJ Media