McCain’s attitude doesn’t surprise me. He’s the Senate’s most ardent Russia hawk, he’s 80 years old, and he was just reelected. He’s got nothing to lose in standing up to Trump. Rubio’s attitude does surprise me a little. He’s hawkish and freshly reelected too, but he’s all of 45 years old and is surely planning another presidential run eventually. He backed off his apocalyptic criticism of Trump after the primaries this year, even before he’d decided to run for Senate again, seemingly fearing that any further anti-Trumpism on his part might jeopardize his national prospects down the line. Now here he is, weeks before Trump takes office, rattling his saber against the new favorite for Trump’s most hotly anticipated cabinet pick. Knowing that you don’t have to face the voters again until 2022 is liberating, I guess. In fact, I’d take this as an early sign that Rubio might end up being more of a headache for Trump in the Senate than Ted “Mr. Principle” Cruz is, at least until Cruz is safely past his own reelection in 2018.

Neither McCain nor Rubio has vowed to vote no on Tillerson, but then Trump hasn’t even formally nominated him yet. I think they’re being cautious here but also trying to warn Trump before he makes it official with Tillerson that the confirmation process might not be as easy as he thinks. There’s still time to pull back. Here’s McCain:

“I don’t know what Mr. Tillerson’s relationship with Vladimir Putin was, but I’ll tell you it is a matter of concern to me,” McCain said in an interview with Fox News…

“I’d have to examine it,” McCain said of the potential nomination. “You want to give the president of the United States the benefit of the doubt because the people have spoken. But Vladimir Putin is a thug, bully and a murderer, and anybody else who describes him as anything else is lying.”

Tillerson would sell out NATO for Sakhalin oil and his pal, Vlad. Should be a rough confirmation hearing, and a no vote on the Senate floor. https://t.co/cZmA3swddK

Where McCain goes, Lindsey Graham tends to go too. If they vote no together on Tillerson and Democrats vote no unanimously, that would mean an even 50/50 split in the Senate. Mike Pence would be the tiebreaking vote for confirmation in that case. But not if Marco Rubio votes no as well:

“Friend of Vladimir” is in quotes because it’s a reference to the fact that Tillerson was awarded Russia’s Order of Friendship by Putin in 2013, something Tillerson notes on his official Exxon bio. Rubio’s (potential) opposition is of special importance to Trump because he’s also a member of the Senate Foreign Relations Committee, the body that will hold hearings on Tillerson and vote on whether to recommend him for confirmation or not. That committee is currently split 10-9, with an as yet unknown Democrat set to replace the retiring Barbara Boxer in the Dem ranks. If the nine Democrats vote no and Rubio joins them, that would be 10-9 against confirmation. The Senate could ignore the committee’s recommendation and vote to confirm Tillerson anyway, but that would be unusual.

Worse still for Trump, Jeff Flake is also a member of the committee. Flake’s not an outspoken hawk to the degree McCain and Rubio are, but he’s been more outspoken than either of them (at least over the past six months) in his skepticism of Trump. If he sees a chance to send Trump an early message on checks and balances by stopping Tillerson, he might vote no as well. (Flake’s up for reelection two years from now in Arizona, though, and has already made an enemy of Trump. He’ll need to be careful.) It’s possible, of course, that a Democrat or two on the committee will cross over and vote for Tillerson to offset Rubio’s no vote, but it’s unlikely. If Tillerson starts shaping up as the left’s best chance to defeat a Trump nominee, they’ll want to seize on it just to blacken Trump’s eye. Plus, he’s the CEO of an oil company and a Putin chum at a moment when Democrats are screaming about Russian interference in the election on Trump’s behalf. You might see some red-state Democrats like Joe Manchin defect and vote to confirm Tillerson if the nomination makes it to the floor but liberals will want Dems in committee to hold together and beat him there.

All of which raises a question: Could the buzz about Tillerson be a head fake, or a trial balloon? Note the phrasing of this tweet.

Maybe his team leaked Tillerson’s name to see how the Russia hawks in the Senate would react. That reaction having been sour, Trump can now turn around and claim that Tillerson was never really his choice. He could fall back on John Bolton as the pick instead (the rumor yesterday was that Bolton would be Tillerson’s undersecretary at State), which should be fine with the hawks. Problem is, it won’t be fine with Rand Paul, who reaffirmed his opposition to Bolton today — and who’s also on the Foreign Relations Committee with Rubio and Flake. If Democrats hold together, as they probably will given how deeply the left dislikes Bolton, and Rand Paul votes with them, that would be 10-9 against the nomination in committee. Bolton would be squashed just as Tillerson would, except by the doves instead of the hawks. It may be that, among the leading contenders, only Mitt Romney can get confirmed. Or … is there another?

Back from NY. Latest version of things has Trump giving State to Carly Fioini rather than cintroversial Tilkerson and France amb. To Romney.

He means Carly Fiorina, of course, possibly the only person in the GOP known for criticizing Trump more harshly than Romney has. Does Trump want someone at State who hates him? When does he float Hillary Clinton or Barack Obama for the job?

Here’s McCain (at 6:00) discussing the Tillerson nomination, offering the requisite lip service about a fair hearing but also sounding “concerned.” Hard to believe, with news swirling about Russia meddling in the election, that McCain or Graham would rubber-stamp a friend of Vlad. Exit question via Bill Kristol: A wheeler-dealer oil-company CEO schmoozing bankers and heads of state around the world is pretty much the dictionary definition of a “globalist,” no?

Judge sends PLF, plaintiff back to the drawing board after last-minute changes in Academia bailout
Ed Morrissey 10:41 AM on September 30, 2022 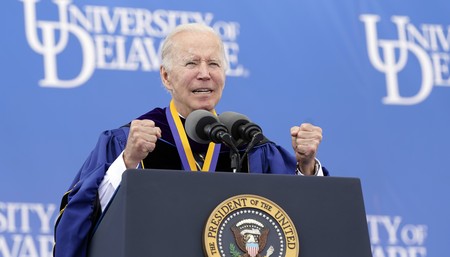 US now has an Ambassador representing nature to the world
David Strom 8:01 AM on September 30, 2022

SF grocery store shut down due to rat infestation created by the birdseed lady
John Sexton 9:20 PM on September 29, 2022