Lewandowski's lawyer to Michelle Fields: Suing for defamation would open up a large door to your past

From the beginning, Fields claimed what she wanted was an apology from Lewandowski for grabbing her. She said he talked to her editor at Breitbart after the incident and that Trump’s spokesman, Hope Hicks, asked for her phone number so that he could call. The call never came. “They were going to apologize,” said Fields, “we were going to move on.” Trump himself told Maureen Dowd, when she asked whether Lewandowski shouldn’t have just apologized, “You’re right, but from what I understand it wouldn’t have mattered.” Why he thinks it wouldn’t have mattered, no one knows. In between those two statements, Lewandowski attacked Fields on Twitter, accusing her of being an attention-seeker in some of her past reporting and insisting “you are totally delusional. I never touched you,” and Trump himself veered from claiming the incident never happened to suggesting that Fields might have been a physical threat to him to mocking her with dramatic readings of her statements about the incident.

Despite everything, Fields claimed last night that she still would have accepted an apology from Lewandowski in lieu of him being prosecuted for battery in Florida. According to NBC News, she’s telling the truth:

Source says Fields agreed, but it's unclear if Lewandowski did. (2/2)

The local prosecutor, in announcing today that there was probable cause for police to charge him with battery but no reasonable likelihood of conviction at trial, claimed that Lewandowski’s attorney showed them a draft apology to Fields this week — but what’s become of that, no one knows. I’d guess that his defense lawyer wrote it up to try to impress the D.A. that he was sincerely contrite in hopes that that would convince him not to prosecute. Once it became clear that the case wouldn’t go to trial, poof — the apology disappeared. If your worldview boils down to “an eye for an eye” there’s no point in expressing contrition unless you can gain something by doing so. Lewandowski had already gotten what he wanted in the decision to drop the charges. Why would he show any remorse for grabbing her and then attacking her on social media now?

So Fields has started looking at suing him for defamation. That’s a heavy lift since she’ll probably be deemed a “public figure,” which means she’d have to show that Lewandowski made a false statement of fact about her that he knew to be false or which he was reckless in stating as fact. “You are totally delusional. I never touched you.” would seem to meet that description (especially if Fields can prove that Lewandowski spoke to her editor and admitted what happened right after the incident), at least well enough to put it to a jury. Is that worth an apology, given that it was, you know, untrue? Apparently not, per Lewandowski’s lawyer. Why apologize when you can threaten?

Lewandowski's lawyer says a defamation claim isn't a good idea for Michelle Fields because "it opens up a large door to her past."

Anyone encouraging Michelle Fields to bring a civil law suit is not doing her a favor. She does not want to take the stand in a civil case, subject to rigorous cross examination, that is likely to be on television to discuss a case that the DA won’t prosecute because he does not believe the evidence shows assault. Yes, the burden of proof is less in a civil case, but she is just not going to win and it will be expensive and a heartache. Even if one can win, it is not always worth it.

Anyone encouraging this young woman to bring a lawsuit is irresponsible to her.

PS. Just so we are clear, I am not ‘for’ assault. I know the court system.

Some free legal advice of my own: It’s always a bad idea to offer someone free legal advice, especially when you seem confused about the cause of action. The charge being considered in Florida wasn’t “assault,” it was battery, and Fields isn’t thinking of suing Lewandowski over that. She’s thinking of suing for defamation. And if she does, Lewandowski will be subject to the same discovery and “rigorous cross-examination” (if he testifies) that Fields will. Does he really want to go through that? Why not just put the matter to bed with “Sorry I lied about not touching you and then accused you of being an attention-needy crank?” Or maybe “Sorry that you’ve been driven from your home by lunatics making death threats since this happened?”

Anyway. Ben Howe has a nice summary of how the goalposts have shifted constantly among Fields’s detractors to protect Lewandowski. He’ll skate on criminal charges, but ironically it’s Trump who’s punished Lewandowski more harshly than the state likely ever would have: Per Politico, it looks like Paul Manafort is now, for all intents and purposes, running his own campaign inside Trump’s organization with Lewandowski running … whatever it is he still does. Said one former Trump advisor (who certainly couldn’t possibly be Roger Stone, could he?), “Corey has been neutered.” I’ll leave you with this:

Prosecutor: Trump personally called and spoke with several people in our office, told his story and urged us "to do the right thing."

Update: Here’s a surprise. Corey Lewandowski’s first interview after the decision not to charge him will be with — ta da — Sean Hannity. 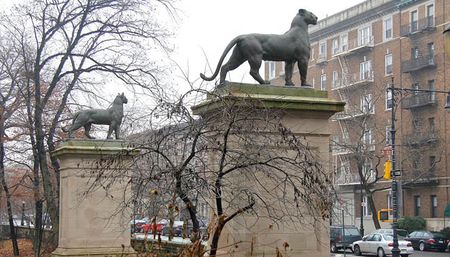