Would Loretta Lynch have been confirmed if the filibuster still applied to presidential nominations?

The short answer: Of course she would have. The longer answer: Of course she would have, silly. Don’t be fooled by the fact that she “only” got 56 votes for confirmation, which would have been enough to block her before Harry Reid ended the filibuster for presidential appointees a few years ago. Here’s the list of Republicans who voted no; see if you can find four among them who probably would have flipped if McConnell had tapped them on the back and said, “I need you on this one.”

You think McCain would have joined his BFF Lindsey Graham in voting yes if the nomination depended on it? C’mon. He voted no this time because, unlike Graham, he has a primary coming up next year and doesn’t need any more grief from border hawks than he’s already destined to get. How about McConnell’s right-hand man, John Cornyn? Think he would have budged? How about Deb Fischer, who said she was inclined to support Lynch before the hearings and then quickly reversed after righties blew at Lynch over amnesty, even though everyone knew she’d support Obama’s executive action?

In fact, we don’t really need to wonder about this. DrewM notes that today’s cloture vote on Lynch drew fully 66 yays, more than enough to have beaten a conservative filibuster even if the filibuster rules were still in effect.

Why were there so many more votes for cloture than there were for confirmation? Because, per Joel Gehrke, if McConnell had fallen short of 60, any senator could have moved to reverse the Reid rule and reinstate the filibuster for presidential appointees. And that would have been a tough vote for the GOP with Senate Republicans divided over whether it’s a good idea or not. (Keeping the filibuster for appointees off the table will make things easier for a Republican president in 2017, of course.) Imagine if they held that vote and the effort to restore the filibuster failed, despite the GOP having a majority in the chamber. How understanding would righties have been of the idea that we should make it easier for Obama’s cabinet officers to be confirmed during his final two years?

Anyway, the 10 Republicans who voted yes on cloture but no on confirmation were Alexander, Burr, Capito, Corker, Cornyn, Gardner, Roberts, Rounds, Thune, and Tillis. (Ted Cruz voted no on cloture and didn’t vote on confirmation, having left for a fundraiser before the second vote knowing that the outcome was certain.) If 10 were willing to vote yes today on cloture to help McConnell avoid a fight over bringing back the filibuster rule, presumably at least four would have also been willing to help him out and vote yes if the filibuster were already back and in effect. And as I say, that’s not even counting people like McCain, who voted no twice today but surely isn’t so offended by executive amnesty that he would have refused to back McConnell on this if needed. Wouldn’t surprise me if Mitch the Knife could have gotten 70 Republicans for cloture if he wanted to. 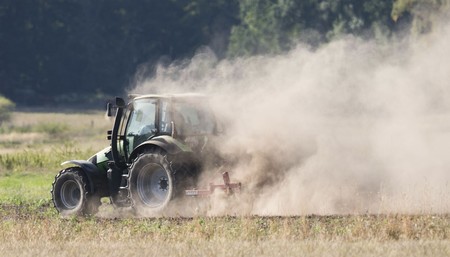 Taiwan's foreign minister: 'We need to prepare ourselves for a possible conflict' with China
John Sexton Jun 24, 2021 8:00 PM ET