If you liked the first eight years of Hopenchange, imagine how much more you’ll like it with a deeply corrupt, zero-charisma politician in charge.

No, seriously, this is the smart move strategically.

Rather than run from Mr. Obama, she intends to turn to him as one of her campaign’s most important allies and advocates — second only, perhaps, to her husband, the other president whose record will hover over her bid.

In a general election, Mr. Obama is expected to help Mrs. Clinton raise money, and he would be asked to campaign for her in, among other places, the most heavily African-American counties of the swing states that he won in 2008 and 2012, according to numerous people briefed on the plans, who discussed them on the condition of anonymity…

[E]ven in [battleground] states, Mrs. Clinton does not plan to distance herself from Mr. Obama’s record, advisers said. Rather, she intends to praise, above all, the economic progress Mr. Obama has made, getting the country out of the worst financial crisis since the Great Depression and cutting the unemployment rate nearly in half.

Why would Hillary Clinton want to align herself with a guy whose average job approval rating hasn’t been above water in nearly two years? Lots of reasons. For one, the media’s going to wet itself every time she breaks with one of O’s policies. The juicy drama of Team Barack and Team Hillary feuding behind the scenes will be irresistible, notwithstanding the press’s rooting interest in her candidacy. The more stories there are like that, the more time Hillary will spend smoothing Democratic feathers instead of attacking the GOP. Not optimal. Relatedly, the big mystery of her campaign is whether she can turn out Obama’s base in the same numbers O himself did. Philip Klein has a nice piece about that today noting that, when it comes to black voters and young voters especially, Obama has set the bar awfully high. Every high-profile disagreement between him and her on policy raises the risk that O’s base will stay home, forcing Clinton to scramble to make up those votes elsewhere. I think she can do it: It won’t surprise anyone if the First! Woman! President! does better with women than even Obama did, and Bill has always done well with working-class whites and Latinos. Losing the “Obama coalition” doesn’t mean Hillary will lose, but it’ll make the race tougher for her. Better for her to hug O as much as possible and keep a stiff upper lip while the GOP accuses her of running for Obama’s third term, which they’re going to do regardless, than to run away from him and alienate Obama fans on her own side.

Most importantly, though, embracing Obama’s record won’t hurt her as much as it would an average candidate running for a third consecutive term for his or her party in the White House. If, say, Martin O’Malley were the Democratic nominee, he’d be such an unknown quantity that his candidacy would end up as a referendum on four more years of Obama. If Joe Biden were the nominee, he’d be so closely identified with O already that he couldn’t distinguish himself if he tried. That too would be a de facto referendum on another term for the current president. The novelty of Hillary is that not only can she plausibly turn to Bill Clinton’s record instead of O’s as needed, but she herself is such a well known quantity to voters that she already enjoys quasi-presidential notoriety herself. This election won’t be a referendum on Obama, no matter how closely she hews to his agenda. If it ends up as a referendum, it’ll be a referendum on Hillary. And since she has no signature accomplishments as senator or secretary of state to tout, since her deepest political beliefs are largely a mystery to this day, any referendum on Hillary the politician inevitably becomes a referendum on Hillary the person. Viewed that way, endorsing Obama’s agenda is actually a shrewd and efficient way for her to check the box on having a policy platform. She’ll borrow a bunch from O, some from Bill, and of course some from Elizabeth Warren to make sure that the hard left doesn’t stay home next November. But the policies are largely beside the point: Anyone voting for Hillary will know that she’s to the left of the Republican nominee and probably a bit to the right of Obama on foreign policy. For most of the country that’ll be all they need to know and then they can proceed to the more important question of whether “it’s time” for a woman president and whether electing Jeb Bush or Marco Rubio would, as Team Hillary will insist, mean that birth control will disappear from American convenience stores overnight. In fact, here’s the silliest line in the NYT piece:

“How do you leverage the benefits and accomplishments of the last four years but make clear this is an election about the future?” said Chris Lehane, a strategist who worked for Bill Clinton and Al Gore.

If you’re Hillary Clinton, you don’t. Realistically, with “the stench of yesterday” all around you, you can’t hope to make this an election about “the future.” You can gesture to that by parrotting Warren on income inequality, but again, when people go to vote, the decision will be whether they’re in the mood for a return to Clintonism and nothing will change that. The irony of her endorsing O’s policies is that, if she wins, it’ll likely be because she represents the opposite of what Obama represented in 2008 — a return to the known quantity, to experience, to the familiar after eight turbulent years. The policies are second to the image. In that sense, she’s the ideal successor to O. 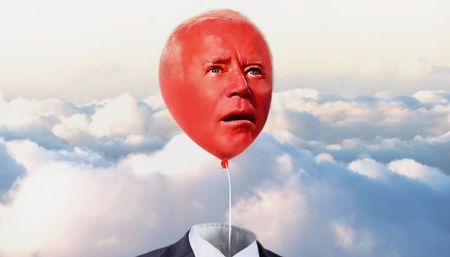