In a brief televised address, Hollande called for a day of mourning Thursday.

“We will win. Nothing will make us renounce our determination,” he said. “Long live the republic. Long live France.”…

In response to the death threats, Charb, according to France24, told colleagues at one point, “I am not afraid of retaliation. I have no kids, no wife, no car, no credit. It perhaps sounds a bit pompous, but I prefer to die standing than living on my knees.”

If we—all of us, any of us—were Charlie Hebdo, here are some of the things that we might do:

* Not just survive such crucibles, but stubbornly resist letting them consume your very being, either by becoming an anti-Islamist obsessive, or a semi-apologetic convert (remember: even the unfathomably brave Salman Rushdie converted to Islam for a while there), or disappearing yourself in the witness protection program, a la the Seattle alt-weekly cartoonist Molly Norris. Charlie Hebdo kept being what it has always been—a satirical, juvenile, and funny check on power and authority and pomposity of all stripes. Do a Google Image search on “Charlie Hebdo” and “Jesus,” and then ask yourself which media entity in this Culture-War-scarred country, with its stronger free-speech protections, would have the courage and latitude to blaspheme both major religions…

So no, we’re all not Charlie—few of us are that good, and none of us are that brave. If more of us were brave, and refused to yield to the bomber’s veto, and maybe reacted to these eternally recurring moments not by, say, deleting all your previously published Muhammad images, as the Associated Press is reportedly doing today, but rather by routinely posting newsworthy images in service both to readers and the commitment to a diverse and diffuse marketplace of speech, then just maybe Charlie Hebdo wouldn’t have stuck out so much like a sore thumb. It’s harder, and ultimately less rewarding to the fanatical mind, to hit a thousand small targets than one large one.

[T]he kind of blasphemy that Charlie Hebdo engaged in had deadly consequences, as everyone knew it could … and that kind of blasphemy is precisely the kind that needs to be defended, because it’s the kind that clearly serves a free society’s greater good. If a large enough group of someones is willing to kill you for saying something, then it’s something that almost certainly needs to be said, because otherwise the violent have veto power over liberal civilization, and when that scenario obtains it isn’t really a liberal civilization any more. Again, liberalism doesn’t depend on everyone offending everyone else all the time, and it’s okay to prefer a society where offense and outrage for its own sake is limited rather than pervasive. But when offenses are policed by murder, that’s when we need more of them, not less, because the murderers cannot be allowed for a single moment to think that their strategy can succeed.

In this sense, many of the Western voices that have criticized the editors of Hebdo have had things exactly backward: Whether it’s the Obama White House or Time Magazine in the past or the Financial Times and (God help us) the Catholic League today, they’ve criticized the paper for provoking violence by being needlessly offensive and “inflammatory” (Jay Carney’s phrase), when the reality is that it’s precisely the violence that justifies the inflammatory content. In a different context, a context where the cartoons and other provocations only provoked angry press releases and furious blog comments, I might sympathize with the FT’s Tony Barber when he writes that publications like Hebdo “purport to strike a blow for freedom when they provoke Muslims, but are actually just being stupid.” (If all you have to fear is a religious group’s fax machine, what you’re doing might not be as truth-to-power-ish as you think.) But if publishing something might get you slaughtered and you publish it anyway, by definition you are striking a blow for freedom, and that’s precisely the context when you need your fellow citizens to set aside their squeamishness and rise to your defense.

Whereas far too often in the West today the situation is basically reversed: People will invoke free speech to justify just about any kind of offense or provocation or simple exploitation (“if we don’t go full-frontal seven times on ‘Game of Thrones’ tonight, man, the First Amendment dies”), and then scurry for cover as soon as there’s a whiff of actual danger, a hint that “bold” envelope-pushing might require actual bravery after all.

Some will be tempted to see the assault on Charlie Hebdo as an entirely foreign act, alien to the values of the French Republic, the behaviour of the adherents to a faraway Islamist death cult. But that would be wrong. For the tragic fact is that this barbarism fits a depressing pattern in modern Europe. It speaks to the modern trend for seeking to destroy, crush or censor commentary, art or literature that offends small groups of people. It is a more extreme form – a far more extreme form – of something that has become tragically commonplace: the waging of intolerant wars against things judged by certain people to be offensive. Whether it’s mobs successfully having art exhibitions shut down or online gangs getting newspaper articles withdrawn or TV shows pulled, ours is an era in which the feelings of the offended are all too often elevated above the freedoms of thought and expression. The Paris massacre is a fouler, bloodier version of this urge to destroy material that offends people’s sensibilities.

The difference between the everyday war on offensiveness and this terrible murder of ‘offensive’ journalists is one of gravity and bloodiness, not of moral intent: in all cases the arrogant aim is to silence, by pressure or threats or force, those who say things you don’t like. This new culture has given people and groups across Europe a licence to take offence and a feeling of moral authority to do away with offensive ideas or images; it has inflamed intolerance, everywhere from Twitter to universities to mosques. Indeed, Charlie Hebdo hasn’t only been violently attacked (today and also in 2011, when its offices were burnt down) – it has also been sued by Muslim groups under actual French laws, against blasphemy and incitement. Across Europe, law itself, as well as the new culture of offence-taking and self-censorship in response to pressure, now actively invites people to act on their feelings of offence and to use power to destroy speech that they hate.

Hitchens: Let’s do a brief thought experiment. I tell you the following: On New Year’s Eve, a man in his mid-seventies is having his granddaughter over for a sleep-over, his five-year old granddaughter. He is attacked in his own home by an axe-wielding maniac with homicidal intent. Your mammalian reaction, your reaction as a primate, is one of revulsion. I’m trusting you on this. [Laughs.]

MJT: Oh, yes. You are correct.

Hitchens: Then you pick up yesterday’s Guardian, one of the most liberal newspapers in the Western world, and there’s a long article that says, ah, that picture, that moral picture, that instinct to protect the old and the young doesn’t apply in this case. The man asked for it. He drew a cartoon that upset some people. We aren’t at all entitled to use our moral instincts in the correct way…

MJT: It’s hard to psychoanalyze other people, but I sometimes suspect that blaming Salman Rushdie and Kurt Westergaard, as many writers have, for bringing down the wrath of these maniacs from Somalia and Iran, may be a way of convincing themselves they’ll be safe as long as they don’t cross the same line. Any writer or graphic artist must, at least for a second, think oh fuck, they could come for me if I don’t watch out. They can say to themselves they’ll be fine if they don’t cross that line.

Hitchens: But the line will never stop shifting.

Charbonnier defended the Muhammad cartoons in 2012. “Mohammed isn’t sacred to me,” said Charbonnier, who used the pen name Charb. “I don’t blame Muslims for not laughing at our drawings. I live under French law. I don’t live under Quranic law.” 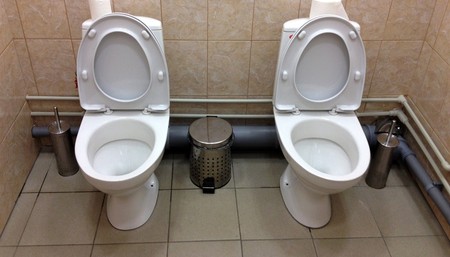