Did Obama watch all of the Bin Laden raid?

Via the Weekly Standard and Ace. If you’re going to go around claiming “I” got Bin Laden, you should probably at least stick it out until the show’s over, no? No wonder he’s off in the corner in the famous “situation room” photo rather than seated in the big chair. He’d probably just walked in.

No, I’m kidding. I don’t think Love’s talking about O being out of the room during the raid itself but rather for a bit during the aftermath. Skip to 6:15 below and watch. He starts off saying what a long day it was, how Obama didn’t end up going on TV until almost midnight, and how he (Love) “sat around.” Then he says:

“Most people were, like, down in the Situation Room and [President Obama] was like, ‘I’m not going to be down there, I can’t watch this entire thing.'”

Then he talks about playing 15 games of spades with O and a couple of other people. My sense of the timeline in the context of him remembering that it was a long day before Obama went on the air is that the card games happened after the raid, during the time when the White House was trying to figure out whether it was really Bin Laden they’d killed and when they should announce it. More than one news outlet published accounts at the time confirming that O was in the room during the raid itself; he’s the one who said, with characteristic Periclesian eloquence, “we got him” after Bin Laden was pronounced EKIA. In fact, follow that last link and note that, contrary to popular belief, they weren’t watching a live feed of the raid itself. They were watching Leon Panetta on a live cam at CIA headquarters relaying information he was getting from the scene of the raid. Bin Laden was killed sometime between 2:30 and 3 p.m. D.C. time (the raid took only 36 minutes), but it wasn’t until 7 p.m. that Obama was told there was a “high probability” that the guy they all thought was Bin Laden was in fact Bin Laden. Nearly four more hours would pass before he addressed the nation.

That’s the time frame that I think Love’s referring to — some point between 3 and 10:45 p.m., while the White House was waiting around for DNA confirmation that “Geronimo” was who they thought he was. The “entire thing” Love mentions was probably just the identification process, i.e. updates from Panetta on what they were doing to ID the body, how long it would take, and so forth. They were probably talking to foreign diplomats on the video screen too to give them advance notice, something that wouldn’t necessarily require Obama to be there. I bet Love will clarify tomorrow.

Update: Annnnd, while I was writing this post, the person who uploaded it yanked it from YouTube due to the attention it was getting. You’ll have to take my word for it on what Love said. 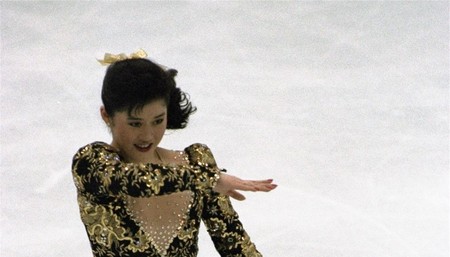