A random attack by lunatics? Not quite: The prime minister’s called a meeting of his emergency response team in the aftermath.

Sky sources understand that senior police officers believe the killing was likely to be a politically-motivated Islamist terrorist attack.

Dozens of weapons – including a number of knives – and pools of blood could be seen on the ground, where a man wearing a Help for Heroes T-shirt is said to have been attacked by two men.

Sky sources say that following their attack, witnesses heard the pair chanting “Allahu akbar” – and asking passers-by to take photographs of them.

This CNN report claims the man was an active-duty soldier, or at least is presumed to be given that he was leaving a barracks when he was attacked. Evidently they hit him with a car to take him down and then, per the Telegraph, beheaded him. Jihadi ritual sacrifice, performed of course with the audience in mind:

Fred Oyat, who saw the incident from the window of his flat, tells Josie Ensor that two black or Middle Eastern men were wondering around the street, walking over the dead body on the floor:

“The two men were shouting,” he says. “They had three knives including a machete and a meat cleaver as well as an old gun.

“The white man was already dead on the floor, his fade covered in blood. He had a big neck wound and his neck was almost off.”

“They seemed to be encouraging people to take photos and waited there until police arrived as if they wanted a fight.

I can’t remember any other attack like that offhand. The M.O. for these degenerates is almost always mass casualties; to target a single person and murder him theatrically is more akin to the taped beheading of Danny Pearl, but I don’t think I’ve heard of them doing that in broad daylight on the street. Typically they kidnap the person first.

Noah Rothman tweeted this pic that he grabbed from ITV. A quote per their post: “We swear by almighty Allah we will never stop fighting you.”

That’s how close bystanders got to the suspects. As far as I know, no one else was attacked even though it took cops 20 minutes to get there; the terrorists were, apparently, intent on killing a soldier. Obvious questions: Was the soldier chosen at random or did they lie in wait for someone in particular? And are there any other members of the cell?

Stand by for updates.

Update: ITV has posted the video of one of these lunatics holding forth after the attack. Click the image to watch.

Update: ITV’s server is overwhelmed, apparently. If you didn’t get to see the clip, the guy says something to the effect of, “I’m sorry women had to see this but our women have to watch when our nations are attacked.” Then he walks off back towards the victim.

Update: Here’s a YouTube version. “You people will never be safe.” 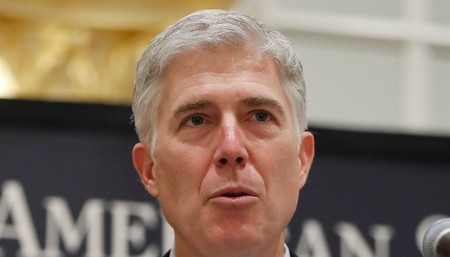 The Taliban isn't waiting for us to leave before taking over Afghanistan
Jazz Shaw Jun 21, 2021 10:40 AM ET

That Loudmouth Troublemaker Is An FBI Snitch
Townhall
Stupid BURNS: 'Resisters' already claiming Sheldon 'Belongs to a Whites-Only Club' Whitehouse is a Republican and BAHAHA
Twitchy
Tucker Carlson Is Asked if He's Vaccinated and His Answer Is All-Time
Redstate
Defeat Racism With This One Weird Trick
PJ Media