Boehner: Sure, I might support Schumer's bill to tax Eduardo Saverin's wealth

Skip to 7:15 for the key bit. In fairness, he emphasizes that he’ll support it only if it’s “necessary.” There’s already an “exit tax” on the books, which Saverin paid, and a separate law that says an expatriate can be barred from re-entering the U.S. if the DOJ determines that he renounced his citizenship for tax purposes. Saverin quit the U.S., evidently with his tax liability in mind, because leaving before the IPO meant the “exit tax” would apply only to the gains on his Facebook shares as of his departure. (It also spared him from a potentially enormous estate tax bill, assuming the estate tax goes back into effect next year.) Schumer’s bill would build on the current legal framework. Details via TechCrunch:

It’s pretty big: any ex-pat with either a net worth of over $2 million, or an average income tax liability of at least $148,000 over the last five years, “will be presumed to have renounced their citizenship for tax avoidance purposes.” The ex-pat will have to demonstrate to the IRS that this is not the case if it is not. If there is a “legitimate reason” for that person living outside the U.S. no penalties will apply. But if the IRS finds that someone gave up their passport for tax purposes, they will impose a tax on that individual’s investment gains “no matter where he or she resides.”

The rate of that capital gains tax will be 30 percent — the same that non-resident aliens currently pay on dividends and interest earnings.

The tax detailed this act, if approved, will backdate for 10 years after its approval.

Are those new provisions “necessary”? Schumer and his co-sponsor, Bob Casey, sure think so: They’ve seized on Boehner’s comments to Stephanopoulos yesterday to demand that he bring the bill to the floor in the House. Given that Grover Norquist compared it last week to some sort of Nazi initiative, I’m guessing that would be a mighty interesting vote. In fact, given how bitterly the Schumer bill was attacked last week by conservatives, I’m shocked that Boehner even tepidly endorsed it here. His basic point is straightforward: It’s “outrageous” that anyone would value their citizenship so cheaply that they’d discard it to save money. Being an American should mean more than that. The knock from the right, though, is that Saverin was simply responding rationally to terrible tax policies; if you don’t want entrepreneurs to leave, enact tax reform that makes the U.S. more competitive globally. I think the response from NRO’s David French is more persuasive (would doves who renounce their citizenship because they disfavor U.S. foreign policy be applauded?), but unlike Boehner, even French thinks Schumer’s bill is a lame gimmick. I’d love to see a poll on the subject, but in the meantime Boehner will spend a few days squirming while his office figures out why the Schumer/Casey bill isn’t so “necessary” after all. 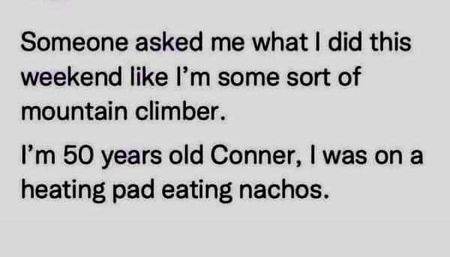