Or rather, since they can’t see the long-form certificate, they dug around for whatever circumstantial evidence they could find that he was born in Hawaii. A taste:

Professor Alice Dewey of the University of Hawaii was a faculty adviser to Dunham and also knew the future president when he was a child. She called the controversy “funny.” She said there is “no way” Obama wasn’t born in the state.

Dewey remembered a conversation in which Dunham compared the birth of Obama with that of his sister, Maya, who actually was born overseas.

“She said, ‘When I had Maya, it was a lot of more difficult because Indonesia doesn’t believe in painkillers while you’re giving birth. … Of course, in the United States, giving birth to Barry (Obama’s childhood nickname) was quite different and much more comfortable,'” Dewey recalled.

A woman who gave birth to her son around the same time as Obama was born, in August 1961, remembers seeing a black infant next to him in the hospital nursery and assumes it was little Barack given how small the state’s black population was at the time. Won’t change any minds — for true believers only the certificate will do, and the truest true believers will dismiss that as a forgery if it’s ever produced — but it might persuade those who hadn’t followed the issue until Trump first started talking about it a few weeks ago and haven’t made up their minds yet.

This is part one of two; the conclusion will air tonight on Anderson Cooper’s show. I’m giving you a second clip here, though, of their interview with Dr. Chiyome Fukino, the former director of the Hawaii Health Department who’s told several different reporters in the past that yes, O’s original birth records do exist, and yes, she’s personally inspected them. She’s under no illusions about how the long-form birth certificate would be greeted if it were somehow released. While you watch, a fun fact to mull about those polls on Birtherism that have liberals wringing their hands: While only 38 percent say Obama was definitely born in the U.S., just 43 percent say Trump was. 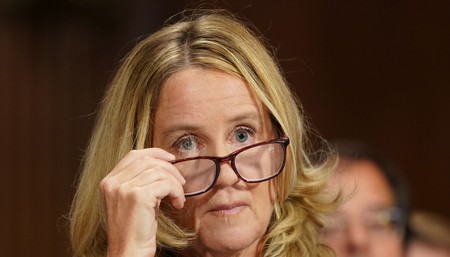 How many Americans will be willing to get a new anti-Omicron mRNA vaccine?
Allahpundit Nov 29, 2021 8:41 PM ET

Mayo Monkeys? There Were Full-Blown Calls for White Genocide on Twitter Yesterday
Townhall
'Bring it ON, #FangBanger': Eric Swalwell's attempt at getting all big and bad with parents and the unvaccinated FAILS spectacularly
Twitchy
Biden Has 'Very Unusual' Cancelation of Yet Another Event
Redstate
The Morning Briefing: Mask/Vax Mandate False Narrative Takes Another Florida Hit
PJ Media