Walter Mondale to Obama: How about you lay off those "idiot boards," champ?

Apparently it’s affecting his emotional connection with the people. And if anyone’s qualified to opine on connecting with Americans, it’s the guy who lost 49 states to Reagan after serving as Jimmy Carter’s VP.

I love a TOTUS joke as much as the next guy, but … I don’t think he’s joking here.

“He uses these idiot boards to read speeches in television, and I think he loses the connection that he needs emotionally with American voters,” Mondale said in an interview set to air this evening on CNN’s The Situation Room with Wolf Blitzer, according to a transcript from the network.

“Idiot board” is a term used in television and movie production to refer to boards held up for performers to read off.

The One did okay using the ‘prompter on the campaign trail two years ago, no? In fact, the two most famous speeches he’s ever delivered — the 2004 convention keynote and the wildly overhyped speech on race in Philadelphia — were both guided by the knowing hand of TOTUS, with nary a word uttered by the Democrats or the media about his emotional distance. On the contrary, they were held up as paradigm examples of his ability to “connect” with voters. Crazy theory: Could it be that, like virtually every liberal pol and pundit in America, Mondale’s also succumbed to ye olde “branding” excuse for the Democrats’ midterm woes? It can’t be that the public’s disgusted with the policies passed during Obama’s first 21 months in office, ergo it must have something to do with the presentation. He’s stiff and disconnected and not “feeling our pain,” etc; that’s why they’re looking at a wipeout, not ObamaCare. I tend to assume that lefties fall back into this dopey consolation because it lets them avoid blaming their ideas for their misfortune, but there’s actually another benefit: There’s still time to change their messaging, so in theory they still have some control over the outcome of the election. If it really is all about policy preferences then, with Congress in recess, they’re sunk. But if it’s a simple matter of The One looking his audience in the eye when he tells them unemployment’s likely to be over nine percent for the foreseeable future — well, then they’ve got a shot.

Exit question: You sure you want this guy wandering off-script, Democrats? You know what happens when he does that, right?

The real story of what happened to Amy Chua at Yale is pretty revealing
John Sexton Aug 02, 2021 9:20 PM ET 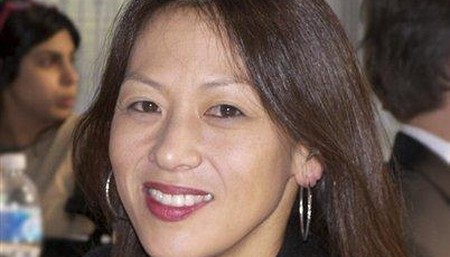 CNN wonders: Did D.C.'s mayor really do anything wrong by violating her own mask mandate?
Allahpundit Aug 02, 2021 8:41 PM ET

Disease Expert Tells CNN: Most Masks Don't Really Work Against Wuhan Coronavirus
Townhall
Former Gov. Mark Sanford urges us not to cheer when 'America's daughters' on the #USWNT lose in the Olympics
Twitchy
Oh My: Biden COVID Advisor Admits Basic Truth the Admin Has Failed to Say for Months
Redstate
PSYOPS: If They Can Make You Believe a Big Strong Man Belongs in the Women's Division, They Can Make You Believe Anything
PJ Media