Mitt Romney is not the savior of the GOP

There’s this idea Mitt Romney could end up being a savior of the Republican Party if/when he decides to run for Senate in Utah. The New York Times’ Alex Burns guessed Romney would get a leadership post if he ran, allowing him to be a thorn in President Donald Trump’s side. The Washington Post believed Steve Bannon, before his logomachy with Trump started, would target Romney with a missile which would make Kim Jong Un rather covetous. The Weekly Standard has already written Romney is running, while Romney fan Rick Wilson agreed Utah would become a major fight between Pro and Anti-Trump factions in the GOP. The idea Romney is going to make it to Washington, even though it won’t be as president is probably why AP quipped his “blog content shopping list” taken care of until 2024. Ed did note RNC chair, and Romney niece, Ronna Romney McDaniel believes her uncle would work just fine with Trump, despite the fact Romney was pretty anti-Trump in 2016.

There’s a reason why Romney and Trump would probably work pretty well together…they actually agree on a lot of stuff. Yes, yes, Romney was one of the poster boys for parts of #NeverTrump, even if that placard of Romney and the horse wasn’t plastered all over my #NeverTrump apartment in 2016 (I went with Gary Johnson), but the ire could be more along the lines of character, with the occasional policy squabble. After all, Romney did push for American involvement in Syria in 2012, a plan Trump supported, even if the video of said endorsement mysteriously disappeared from Trump’s YouTube page sometime last year. Trump and Romney have similar views on immigration and China, something Romney fan Ross Douthat admitted in NYT by writing the ex-governor was more of a “restrained version of Trump’s nationalistic pitch.” Reason’s Matt Welch made a key point by reminding people Romney was able to push back against GOP primary opponents like Rudy Giuliani and Rick Perry, by harping on their apparent softness on immigration. Both Trump and Romney are in favor of increased military spending, with Trump’s 2016 plan quite similar to Romney’s 2012 plan.

Then there’s health care. Romney is obviously the grandfather of Obamacare, with the unconstitutional law he signed whilst Massachusetts governor, but ran against Obamacare in 2012. Trump is a fan of single-payer, despite his hoots and hollers of being anti-Obamacare, and also told an audience in Phoenix in 2015, “we’ve got to take care of everybody, and not just people up here. Get used to it conservatives, I love you conservatives. Get used to – let’s take care of everybody, please…” Could the two end up teaming up against on another “repeal and replace” of Obamacare? It wouldn’t be surprising if they did, given their political positions on the issue.

This doesn’t mean the two are identical copies. Trump and Romney do disagree on the Trans Pacific Partnership, and Romney made a pretty big deal in his 2011/2012 platform of making sure Congress approves regulations. There are also some disagreements on how many people should come into the United States, with Trump being for lowered immigration, while Romney preferred a little bit higher levels. Romney was also a fan of reform to Social Security and Medicaid, while Trump wasn’t interested in discussing it at all (see previous statements on “take care of everybody”). Trump has also pushed the idea of “failing infrastructure and crumbling roads,” while Romney wanted more spending cuts.

The other thing which separates Romney from Trump is his attitude. Trump is brash, brazen, thinned-skinned, and willing to fire both barrels of a scattergun at an opponent, even if they’d previously been allies. Romney is more low key and dry, with the occasional fiery rhetoric towards opponents. He also has character, which does matter in politics, and probably why he’s so respected by many in the GOP. Romney certainly appears to be a genuinely good man, but being a good man doesn’t necessarily mean you’re fit for the White House or the U.S. Senate. Trump isn’t the best example of someone who “acts presidential,” but he is president, and maybe his attitude convinced some voters he was the right person to go for, despite his flaws. The two also have a different relationship with the press. Romney is willing to talk to everyone from NYT to Breitbart, while Trump is planning some sort of “fake news” award ceremony next week, and spouts off on Twitter every single time a journalist writes something he doesn’t agree with. This probably falls into the same category as attitude: Romney is tolerant, while Trump is rather testy.

One thing which should also be pointed out is both faced similar criticisms during the GOP primary. Romney was labeled untrustworthy by the so-called base, while Trump opponents pointed out he’d previously been a Democrat and donor to Hillary Clinton. Most of these opponents were the same people who supported Romney in 2012, save for Ann Coulter whose heart yearns for a Trump-Romney bromance topped only by Batman and Superman. It’s a rather odd piece of symmetry for two men who appear to be so different in character and personality.

It wouldn’t be shocking if Romney ends up running for Senate, and winning, then figuring out a way to work with Trump, while criticizing him at the same time. Utah would honestly be better off finding a good imitation of Mike Lee (despite his initial support of Roy Moore, and his plain misguidedness on online gambling) to replace Hatch. Or just clone Lee, and go from there. A clone is technically a different person, in the Judge Dredd universe, which is slowly becoming our own universe, so that works, right?

Does the Delta variant mean herd immunity is now impossible? 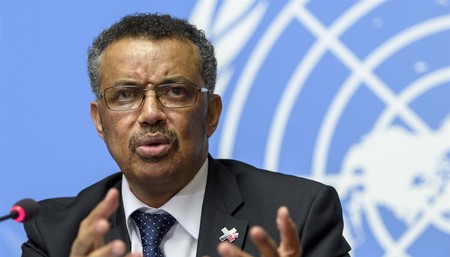 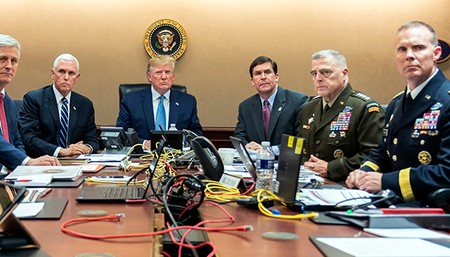