How will Kim Jong-un explain to his people about his new friends in South Korea?

This is essentially the polar opposite of one of the more popular memes you’ve probably seen on Twitter: Well, that de-escalated quickly.

It’s only been a couple of days since the two Koreas reestablished their hotline between the leaders and sent someone to start dusting off the furniture at the “peace village” in Panmunjom. But in that short time, meetings have been scheduled and calls have taken place. Word on the street has it that Kim’s representative to the International Olympic Committee is either on his way to or already in Switzerland to hammer out the final details and waivers allowing the North Korean athletes to compete after having missed all the deadlines to register. It’s almost entirely symbolic of course, but in a situation such as this, symbolism can be massively important.

North Korea’s Olympic representative said Saturday the reclusive nation was “likely to participate” in next month’s Winter Games in South Korea, Kyodo news agency reported, in the latest sign of a thaw in tensions on the peninsula.

The comments by Chang Ung, Pyongyang’s representative to the International Olympic Committee (IOC), come a day after the North and South agreed to hold rare talks next week and follow Seoul and Washington’s announcement that they would postpone joint military exercises that rile North Korea.

The Japanese news agency said Chang made the brief comment to reporters during a stopover at Beijing’s international airport.

Kyodo said Chang was believed to be traveling to Switzerland, where the IOC is based, quoting unnamed sources as saying the trip may be aimed at meeting the committee to discuss the North’s potential participation in the Games at Pyeongchang.

The actual “delegation” of athletes looks to be on the small side. The Daily Beasts reports that the only competitors who may be ready and able to go are a pair of figure skaters. But there will doubtless be other government observers. No doubt, the North Korean people will not get to watch their skaters compete for the Gold, primarily because almost nobody in the country owns a television, nor do they have electricity to power one if they did. They won’t be checking it out on their cell phones either and the internet isn’t allowed. In the end, those with a place to go watch state television will probably just have that one news anchor lady telling them that the North Korean team either won (whether they did or not) or blaming the corrupt western judges for failing to recognize them.

Still, it’s likely to be seen as progress of a sort in the international community. Whether it’s because of Donald Trump, despite him or nothing to do with him, plenty of countries are eager at this point to see a path forward that doesn’t include any nukes going off. But that leaves us with another question. What does Kim Jong-un tell his people during his first address to the nation after the games are over? He and his family have been feeding them a steady diet of disinformation for years, drilling it into them that the United States is an evil empire out to destroy them and the government of South Korea is nothing more than our willing puppets, constantly plotting against them.

How does he explain that suddenly they’re really not such a bad bunch and they might as well get together and do some figure skating and find a way to be peaceful neighbors? Sure, he can initially spin it as the South having “caved” to the North’s superior power, but if relations do actually normalize, won’t Kimi have to begin allowing some of his citizens out of the bubble sooner or later? What happens when they get access to mass media and the internet, and begin realizing how badly they’ve been kept in the dark and misinformed for all these years? Rocket Man might have a whole new set of problems on his hands and they wouldn’t be coming from the United States. 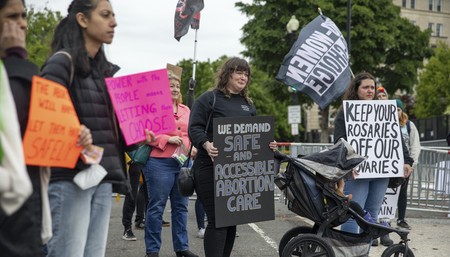