Bannon: Don Jr-Kushner-Manafort meeting with Russians was "treasonous," you know

Wasn’t all this just “a giant red herring,” a normal exercise in oppo research? That was certainly the message from Trump-supporting outlets like the one run by Steve Bannon before and after his gig in the White House. Now, however, author Michael Wolff gets a different perspective from Bannon on the infamous meeting between a Russian attorney and the top three figures in the Trump campaign at the time, albeit one that also relates to a major feud involving Bannon. The Guardian reports from Wolff’s upcoming book that Bannon considers the meeting treasonous and unpatriotic, and likely the fulcrum for several prosecutions:

The meeting was revealed by the New York Times in July last year, prompting Trump Jr to say no consequential material was produced. Soon after, Wolff writes, Bannon remarked mockingly: “The three senior guys in the campaign thought it was a good idea to meet with a foreign government inside Trump Tower in the conference room on the 25th floor – with no lawyers. They didn’t have any lawyers.

“Even if you thought that this was not treasonous, or unpatriotic, or bad shit, and I happen to think it’s all of that, you should have called the FBI immediately.”

Bannon went on, Wolff writes, to say that if any such meeting had to take place, it should have been set up “in a Holiday Inn in Manchester, New Hampshire, with your lawyers who meet with these people”. Any information, he said, could then be “dump[ed] … down to Breitbart or something like that, or maybe some other more legitimate publication”.

“Treasonous” and “unpatriotic” oversell the point. It was incredibly stupid for lots of reasons, including the two given here by Bannon. The smarter play would have been to have a low-level staffer or perhaps someone from the RNC meet with Natalia Veselnitskaya first to verify whether there was any value for the risk involved. That’s precisely what the Hillary Clinton campaign did with Ukrainian officials looking to shop dirt on Trump — shuffled it to the DNC to keep their fingerprints off of it.

Having not one but three top people from the Trump campaign in the same room as Veselnitskaya at any time demonstrated incompetence and inexperience. Unfortunately, those two characteristics ran through the entire Trump campaign, which had the incredible good fortune to run against perhaps the only Democrat who could have lost to Trump through her own incompetence. The fact that it came down to these two candidates at all is an indictment of the entire governing class and the national media which obsessed over both for very different reasons.

Bannon isn’t through yet sticking it to his former employers. He also tells Wolff that the White House is fooling itself with Robert Mueller’s intentions, predicting that the special counsel will eventually “crack Don Junior like an egg on national TV”:

“You realise where this is going,” he is quoted as saying. “This is all about money laundering. Mueller chose [senior prosecutor Andrew] Weissmann first and he is a money-laundering guy. Their path to f*****g Trump goes right through Paul Manafort, Don Jr and Jared Kushner … It’s as plain as a hair on your face.” …

This will no doubt feed the media cycle for a day or two, but keep a couple of points in mind. First, it’s no secret that Bannon has feuded with Kushner in the past, so dire predictions about Kushner’s future are hardly the product of a disinterested analyst. (That doesn’t make them wrong, either.) Bannon’s clearly right about Manafort because Manafort’s already been indicted, but it’s still worth noting that the charges have nothing at all to do with the 2016 campaign or the Trumps — or even that Veselnitskaya meeting. Mueller has thrown the kitchen sink at Manafort and Rick Gates but not on anything campaign-related, and that tends to suggest that Manafort isn’t cutting any deals. At least so far, nothing in the indictment leads to either Don Jr or Kushner, let alone Trump himself. That’s also true of the Michael Flynn and George Papadopoulos indictments, neither of which have anything to do with money laundering either.

Also, the turnaround for Bannon seems pretty remarkable. Just a few weeks ago, he was campaigning for Roy Moore in Alabama on the basis of the need to strengthen Donald Trump against the “globalists” and other bêtes noires of the Right. Now that he’s been blamed for losing the easiest seat in the Senate to hold, Bannon seems to be pushing hard for the worst possible interpretations for White House figures and painting them as hardly worth supporting or defending. It makes for good copy and juicy commentary, to be sure, but it’s also clear that Bannon has an axe to grind so large that Paul Bunyan might have trouble wielding it.

Fox’s Steven Miller says all of this makes sense only in one way:

Eh, maybe. It’s probably better to assume that Bannon’s unhappy with getting pushed out of the White House and embarrassed in Alabama, and that he’s looking to even some scores. Perhaps other media outlets will keep that in mind when reporting on his analysis, while others should take care not to entirely dismiss it either. 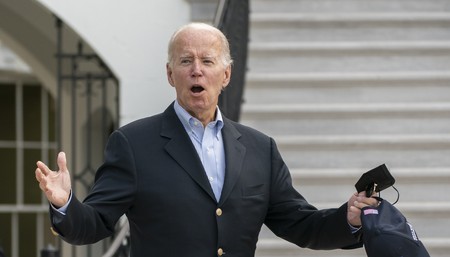