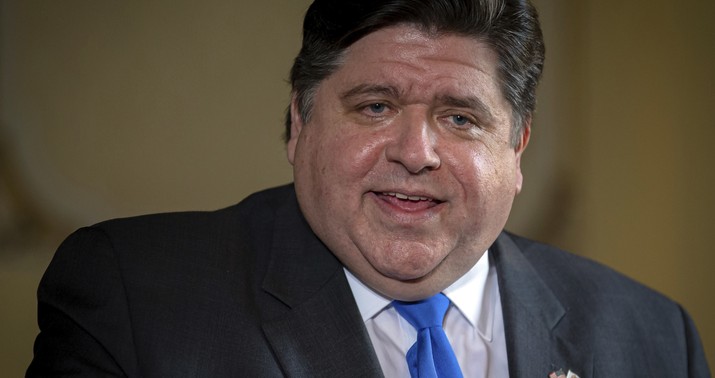 If I asked you which state had reported the highest single daily total of new coronaviruses cases, what would you say? Was it New York back in the spring? Was it Florida which had a well-publicized surge this summer? The correct answer is Illinois. Less than two weeks ago, on Friday November 13, the state reported a record-setting 15,415 new cases in a single day:

Illinois reported more new coronavirus cases on Friday — 15,415 — than any other state in the nation has ever logged in a single day throughout eight months of the pandemic.

The jaw-dropping count marked the fourth straight daily record-breaking rise in an exponential explosion of infections with COVID-19 “running rampant through our communities,” according to Illinois Public Health Director Dr. Ngozi Ezike…

Even during the worst days of the New York crisis in April, that state never topped 13,000 cases. Nor did California during its initial peak in July, according to data compiled by The New York Times. During their summertime surges, only Florida (15,300) and Texas (15,038) previously hit the staggering mark that has now been surpassed by Illinois.

Since then the state’s numbers have been improving somewhat but just last Thursday they reported 14,612 cases. Today, the Chicago Tribune reported that the state is still in danger of running out of hospital beds:

Last week, the Pritzker administration released projections from two sets of researchers that estimated the future number of hospitalized COVID-19 patients, including those in intensive care units. These models don’t directly address when beds might run out, but a Tribune analysis of the more pessimistic projections suggests that, if trends don’t improve, all of the state’s currently available ICU beds could be in use by early December…

Doctors say their biggest concerns for overcrowding are in the ICUs, the specialized units in hospitals that handle the sickest of the sick. In one of the state’s 11 regions — encompassing Will and Kankakee counties, with more than 800,000 residents — there were just 22 open ICU beds on Thursday night, a situation Ezike described the next day as “dire.”

Given the severity of this situation isn’t it a bit strange that it hasn’t been bigger news? That’s the point that a Twitter user named Youyang Gu was making today. Specifically, look at how the record-setting numbers in Illinois were covered compared to the previous surge in Florida this summer:

Here is how the media chose to report Illinois now (left) vs Florida in July (right).

Unfortunately, no national news outlet is covering the situation in Illinois. pic.twitter.com/8VJ4fMIya4

I’ve replicated his screenshots of Google searches for Illinois and Florida. If you look closely, you’ll notice that all of the coverage of the Illinois record are local news sources including major papers in Chicago. By contrast, the Florida report this summer received national coverage from CNN (“Florida shatters US record for new single-day Covid-19 cases“), Reuters (“Florida shatters records with over 10,000 new COVID-19 cases in single day“), the Washington Post (“Florida invited the nation to its reopening — then it became a new coronavirus epicenter“) and others.

It seems the Florida numbers were big national news but the even higher Illinois numbers (in a state that has a significantly smaller population) are not national news:

On the surface, Illinois has done many things "right":

I don't want to spark a political debate here. I just hope that more people can recognize that the news we consume online can be inherently biased. They often serve to fuel division (and clicks).

There’s one more factor to consider. Florida Governor Ron DeSantis is a Republican. Illinois Governor J.B. Pritzker is a Democrat. Gov. DeSantis was considered an ally of President Trump. Gov. Pritzker has made news repeatedly for “calling out” President Trump, in particular criticizing his COVID-19 response. Could this have anything to do with the different coverage each state has received? I’ll leave that to the reader to ponder. Meanwhile, here’s one of those local news reports that didn’t warrant coverage by national outlets: