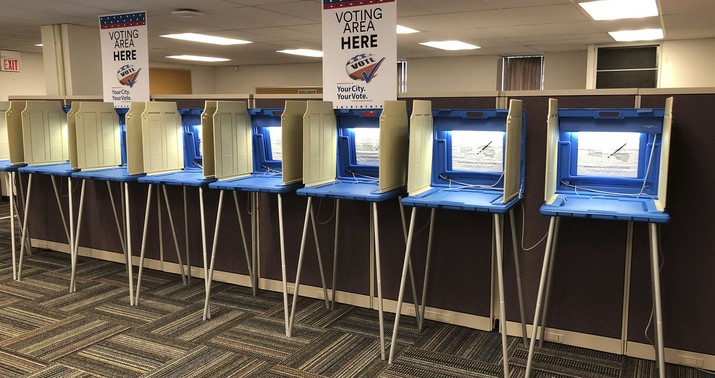 In this part I’m going to argue something which is more controversial but which seems fairly obvious. The bad polling shaped the election. Specifically, it likely helped the Democrats far more than any election interference dreamed up by the Russians or the Iranians.

As I pointed out here, Democrats were expected to pick up 10-15 seats in the House. In reality they have lost a net of five seats so far and may lose several more when the counting is done.

Polls consistently showed Biden leading nationally by 4-11 points. Something like 24 separate polls conducted in October found Biden leading by 10 or more points. But he currently leads nationally by less than 3 points. That will increase as millions more votes come in from California, but it’s never going to get to 10 points.

So what you had, especially in some states and Senate races was a fairly divided race that was often presented by pollsters and the media as a possible blue wave election.

I’ve harped on this already in part 1 but Senator Susan Collins never led in a single poll and yet won by 7.5 points!

Trump is almost certainly going to lose the election but it really could have gone the other way. The gap in Arizona is 40,000 and shrinking. The gap in Wisconsin is 20,000 votes. The gap in Nevada is similar. The gap in Pennsylvania is currently 14,000 votes and the gap in Georgia is currently less than 2,000 votes. Yes, these numbers will change but at the moment, 100,000 votes spread over 5 states would change the outcome. That’s about as close as it can get in an election where more than 145 million people voted.

The pollsters collectively produced a product which the media eagerly delivered to the American people. And the message was that a “repudiation” of Trump was coming. Since the election, several authors have written about their disappointment that the promised repudiation didn’t happen.

This failure impacted both sides, but not equally

My wife follows someone on Facebook who is a pretty outspoken Democrat. He’s actually a wonderful person who I like a lot but since Tuesday he’s been complaining about how disappointed he is in the results. Again, where is that repudiation that the polls and the media seemed to be promising? Today the Washington Post reported that Joe Biden’s camp was likely just as disappointed:

The election night party Joe Biden planned in Delaware was built for a blue tsunami, with front-row seats for VIPs and a giant flag hung between two cranes, as his campaign advisers ultimately could not resist planning as if the polls that suggested a quick and commanding defeat of President Trump might be right.

Instead, Democrats endured the second polling shock in four years, with election returns frequently coming in more favorable to Trump than in public surveys, in some cases outside the margin of error…

The Biden campaign appeared to place big bets late in the campaign in the hopes that the public polling would be right, expanding its television buy to states Trump would win easily. In the final week, Biden made appearances in Ohio, where he stands eight points behind with 93 percent of votes counted, and Iowa, where he lost by eight points with 92 percent of votes counted.

“We were operating in a reality that wasn’t reality, and we were operating off numbers that just were clearly not reflecting what turnout would be,” said one Democratic consultant, who spoke on the condition of anonymity to speak frankly.

It’s fair to say most Democrats feel let down at this point. They were promised the moon and what they’ll end up getting is divided government with no way to claim a mandate. That’s obviously not a great situation for a party that spent four years pretending they were the Rebel Alliance from Star Wars about to blow up the Death Star.

I can understand how they feel even if I’m not feeling that way myself.

Now let’s think about the impact bad polling had on Republicans.

For months the polls have been telling them one thing, consistently every single day: Trump was going to lose.

Not only that, but Republicans were going to lose the Senate and lose more House seats. Democrats were ascendant. The repudiation was coming. Resistance was futile.

Every day for months, probably every hour of every day on some networks, this message was being hammered home. And when there was occasionally a poll which maybe looked a bit better for the GOP, it was pronounced an outlier (which technically it was) and discounted. Yeah, but most polls show…

As this was happening, President Trump was saying the polls were wrong and was being endlessly ridiculed for it:

During the campaign, Trump complained repeatedly of “suppression polls” by the news media, which he argued were an effort to discourage his supporters from coming to the polls. His advisers warned privately and publicly that traditional polling methodologies were not correctly reading the president’s support by failing to capture their expected turnout.

On the trail, Trump would ­cherry-pick and read out polls that were more positive for him than public polling averages and internal data the campaign was using, which continued to show trouble in the northern states that are now likely to prove decisive if Biden wins. But as the campaign closed, his top advisers sought comfort in the fact that Trump had beaten the polling data four years earlier.

Well, it turns out Trump was right. Not about winning, which seems unlikely at this moment, but about many of the polls being off. His campaign was right about the polls underestimating his chances just like they did in 2016.

The point I want to make here is that both sides were influenced by the bad polling. Democrats wasted money in places they shouldn’t have and wound up disappointed. But I think the impact on Republicans has to be judged far worse. Republicans were endlessly told they had no hope when in fact this was a pretty tight race.

For as long as there has been politics, there has been something referred to as the inevitability argument. And even before Joe Biden entered the race, there were people arguing that he was likely going to run his campaign on the grounds of inevitability:

But it’s already becoming clear what sort of campaign he will run when he officially enters the race sometime next month: One based on the idea of his inevitability…

Major endorsements. An early VP pick. Both are clear signs that what Biden wants to do — from the second he enters the race — is make clear that the field is really him and then everyone else. That he isn’t just one of the many candidates running, but that he’s the heavy favorite.

Polling, generally speaking, bears out the idea that Biden starts the race on top.

Do you see how the inevitability argument works? It’s not really an argument at all, it’s just a constant reference back to the polls showing your candidate is a fait accompli.

The pollsters and the media handed Joe Biden and his party an inevitability argument for month after month when it turns out wasn’t so inevitable. In 2016 there was endless hand-wringing about the ways in which Trump garnered loads of free media coverage that probably boosted his campaign. CNN, among others, was publicly shamed for covering his rallies. And the media vowed not to offer Trump’s campaign that kind of in kind contribution again.

This year the media gave Biden’s campaign a massive in kind contribution in the form of badly misleading polls that told one party to expect their heart’s desire and the other to expect defeat and nothing but defeat.

Yes, I know we can argue that maybe the polls were right until they suddenly shifted at the very end. I have two responses for that.

Decisions weren’t just being made by campaigns, they were also being made by voters. Whether by incompetence or partisan intent, the pollsters and the media undeniably shaped this race in a way that hurt one party more than the other. No election interference by Russia, Iran or China could ever come close to the impact of daily polls showing Trump was going to be beaten soundly. You literally can’t buy coverage like that.

Again, this is the point where I expect the partisans on the left will deny the obvious or shrug it off as whining. But that’s just a dodge. This stuff matters. It has an impact. The media daily acts as if that’s the case. It’s pointless to deny it.

Like all counterfactual arguments, this one can’t be proven beyond all doubt. We simply don’t know what might have happened if the polls had been much more accurate. There is no Earth 2 we can compare this to in order to judge the outcome under slightly different circumstances.

But I think it strains credulity to claim that telling one party they are going to be big losers and the other they are going to be big winners didn’t impact enthusiasm, fundraising, maybe even turnout. People don’t naturally rally to the loser (or the expected loser) in a contest. If Republicans overcame that obstacle this year it’s only by sheer will and defiance on their part. The media shouldn’t be allowed to shrug off their failure because the GOP didn’t completely crumble under the pressure of their false assumptions.

Again, as it stands now, this race could come down to 100,000 votes spread over 5 states. Even if it’s double that in the end, is it really that hard to believe that if the entire country had seen this as a 4-5 point national race which was razor thin in many battlegrounds that it wouldn’t have mattered? I’m not even claiming Trump would have won. Maybe Democrats would have redoubled their efforts or spent more carefully, or been less overconfident. But it would have mattered. And with a race this close it could have been decisive. Americans deserve the chance to fight these battles in reality, not in whatever alternate universe the pollsters have, intentionally or not, created for us.