9/11, 19 years later: Will we see a trial by the twentieth anniversary? 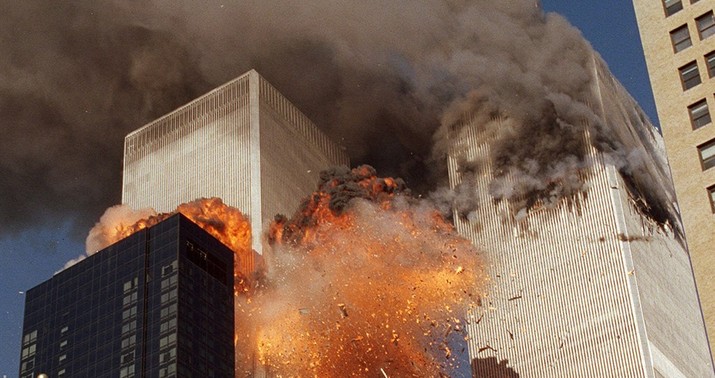 It might end up closer to the twenty-third anniversary. Nineteen years after radical Islamic terrorists killed more than 3,000 Americans in New York City, Washington DC, and Shanksville, Pennsylvania, the al-Qaeda masterminds behind the attacks still have not been tried for their crimes. Almost two decades of congressional fumbling and judicial interventions have left the families of the victims in despair that they will ever see their day in court.

The Washington Examiner reports that, if anything, the effort is going backwards — again — thanks to COVID-19:

The case’s progress came to almost a complete halt amid the pandemic due to travel and quarantine restrictions on the Caribbean island. The war court permits the five alleged 9/11 plotters to meet with their lawyers only face to face and not by phone or video conference. No hearings have been held since late February, and the trial, which had been slated to begin Jan. 11, 2021, has been postponed for a few months, if not longer, raising questions of whether jury selection will even begin before the 20th anniversary.

Khalid Sheikh Mohammed, dubbed “KSM” and described as “the principal architect of the 9/11 attacks” in the 9/11 Commission Report, was a close ally of Osama bin Laden and will be on trial alongside his nephew, Ammar al Baluchi, alleged hijacking trainer Walid bin Attash, facilitator Ramzi bin al Shibh, and al Qaeda money man Mustafa al Hawsawi.

Air Force Col. Shane Cohen, who had sent the January 2021 trial date, added to delays when he announced in March that he was retiring from the military and was thus leaving the case after presiding over it for less than a year. Cohen had taken over for Air Force Col. Vance Spath, whose undisclosed conflicts of interest led an appeals court to toss out many of his rulings.

“Our client, this nation, deserves a reckoning,” prosecutor Edward Ryan told the court last July in pushing for a trial, but the reckoning is yet delayed.

This should have been handled by a military commission after the capture of the unlawful combatants. Instead, both Congress and the courts have interfered with a long-standing process in dealing with such detainees, creating a legal muddle that all but made it impossible to capture al-Qaeda terrorists and get actionable intelligence from them. Not surprisingly, the American strategy became simply to kill them, or to hope that our allies might get to them first in order to deal with them. (When we attempted to facilitate that through the “extraordinary rendition” process, courts shut that down, too, and not for entirely bad reasons, given the techniques used by some of those allies.)

Now we have the ridiculous spectacle of holding these terrorists for nearly two decades and having no good process to deal with them. It’s an insult to the families of their victims, as well as a self-inflicted embarrassment by an American legal and political system that has tried to shoehorn foreign terror into a domestic law-enforcement paradigm rather than treat it as the war it is.

Fortunately, an appeals court might have begun to right that wrong done to the US. In a unanimous ruling last week, the DC Circuit Court of Appeals ruled that Gitmo detainees have no constitutional rights other than habeas corpus, which might put an end to much of the nonsense that has hobbled the process:

A federal appeals court panel has ruled for the first time that prisoners at Guantánamo Bay, Cuba, are not entitled to due process, adopting a George W. Bush-era view of detainee rights that could affect the eventual trial of the men charged in the Sept. 11, 2001, attacks.

The 3-to-0 decision issued on Friday by Judge Neomi Rao at the U.S. Court of Appeals for the District of Columbia Circuit upheld the indefinite detention of Abdulsalam Al Hela, 52, who argued for release by saying that the evidence against him relied on anonymous hearsay and that he never joined or supported Al Qaeda or any other terrorist group. …

“The Due Process Clause may not be invoked by alien without property or presence in the sovereign territory of the United States,” Judge Rao wrote, a position also taken by Judge A. Raymond Randolph.

This might make it much easier for prosecutors previously stuck in the civil-court rules on evidence:

Congress built in some statutory protections for the prisoners when it created the war court in response to the Sept. 11 attacks. For example, it forbids the use of self-incriminating confessions gained through cruel and inhuman punishment, such as torture.

But it does permit prosecutors to use what another prisoner said against a defendant gained through coercion — an exception defense lawyers have challenged as violating the constitutional right to due process. Defense lawyers have argued for years that the military judges should also apply other constitutional protections, such as Miranda rights and access to lawyers before the prisoners were charged.

The appeals court decision means the Guantánamo judges may not see themselves as obliged to consider those rights through a constitutional lens.

Will that expedite the trials at Gitmo? Read all of the Examiner report from Jerry Dunleavy, but that doesn’t seem likely. If anything, it might prompt further motions to delay the proceedings while defense attorneys attempt to appeal this decision and to restructure their defenses around it. There is already another motion to postpone for thirty months on the table, thanks to a change of counsel for al-Shibh — and that clock would only start after the pandemic protocols get lifted.

It’s far past time for this circus to come to an end. This should have been handled by military commissions in the first place. It’s not too late to get Congress to act to return this process back to sanity, and to finally finish the process of dealing justice to the worst monsters of al-Qaeda.