Why did 10 former defense secretaries sign an op-ed warning against military interference in the election? 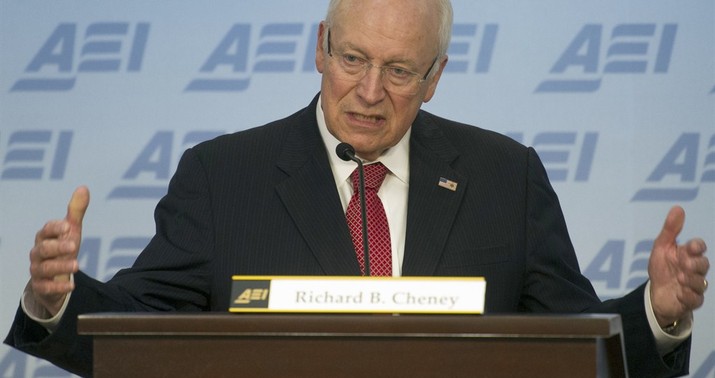 The op-ed is an anodyne restatement of the principle that the military has no role when Americans choose their leaders, correct on the merits but uninteresting in itself.

What’s interesting is the fact that it was written at all. What drove the authors to publish it?

Was it the fact that Mike Flynn, a former general turned national security advisor turned hardcore conspiracy crank, is now openly advocating for “limited” martial law? Probably not, as Flynn no longer has any role in government. Why would Dick Cheney and nine other former SecDefs fret about what he has to say?

Was it the fact that the Pentagon, led by an acting SecDef handpicked by Trump, has been so obstructionist lately on transition matters that Joe Biden felt obliged to complain publicly about it? I’m skeptical. The op-ed does touch on the importance of smooth transitions but its chief subject is the military meddling in elections, an idea that hasn’t been raised by the White House. So far.

There are two realistic possibilities to explain this, one bad, one very bad.

As former secretaries of defense, we hold a common view of the solemn obligations of the U.S. armed forces and the Defense Department. Each of us swore an oath to support and defend the Constitution against all enemies, foreign and domestic. We did not swear it to an individual or a party…

Our elections have occurred. Recounts and audits have been conducted. Appropriate challenges have been addressed by the courts. Governors have certified the results. And the electoral college has voted. The time for questioning the results has passed; the time for the formal counting of the electoral college votes, as prescribed in the Constitution and statute, has arrived.

As senior Defense Department leaders have noted, “there’s no role for the U.S. military in determining the outcome of a U.S. election.” Efforts to involve the U.S. armed forces in resolving election disputes would take us into dangerous, unlawful and unconstitutional territory. Civilian and military officials who direct or carry out such measures would be accountable, including potentially facing criminal penalties, for the grave consequences of their actions on our republic.

The signatories are all 10 living former defense secretaries: Ash Carter, William Cohen, Robert Gates, Chuck Hagel, Leon Panetta, William Perry, Donald Rumsfeld, and Trump’s two appointees, James Mattis and Mark Esper. That’s nine. The 10th is Dick Cheney, who reportedly organized the initiative and understands that his role here won’t do his daughter Liz any favors within the party as she builds her leadership profile. (To her credit, Liz has also been clear-eyed in condemning attempts to overturn the election.) Why’d Dick do it? Why antagonize Trump and Trumpers if it wasn’t necessary?

Answer: He and the other nine have reason to believe it’s necessary. Maybe that reason is based on nothing more than their personal assessment of Trump’s character and mental stability. They have no evidence that he’s thinking of trying something with the military, in other words, but they wouldn’t put it past him. Even if the risk is small, it’s not zero; when the consequences from a tail-risk event are sufficiently momentous, the responsible thing to do is to try to eliminate that risk altogether. It could be that’s what’s happening here: They think Trump is nutty enough to give an illegal order to “redo” the election or whatever and they’re warning his cronies at the Pentagon that they’ll be held responsible in the aftermath if they comply, but they have no direct evidence of it.

For a similar example, look no further than Trump’s now-famous phone call with Brad Raffensperger. Asked why Raffensperger’s office recorded the call with Trump, one of his aides told Politico, “[I]f he’s going to try to dispute anything on the call, it’s nice to have something like this, hard evidence, to dispute whatever he’s claiming about the secretary. Lindsey Graham asked us to throw out legally cast ballots. So yeah, after that call, we decided maybe we should do this.” They believed Trump was capable of anything (and would be comfortable lying about it afterward) so they made a record of it. They acted based on a character judgment. Cheney et al. might be making a similar judgment with their op-ed.

That letter from 10 former SecDefs warning against Trump using the military to hold onto power causes me to wonder:

Has Trump been making calls to US generals like that he made to Georgia secretary of state, demanding/threatening they help him overturn the 2020 election?

The 10 men who signed this op-ed have countless friends and former colleagues inside the military. What are they hearing from those friends right now? In this post on Saturday I flagged multiple news reports about anxiety rising inside the Pentagon that Trump’s going to try something. No one knows what that something might be, whether purporting to order a “redo,” which would be absurd, or deploying troops under the Insurrection Act to quell any “unrest” that the president himself is actively encouraging on January 6. The best-case scenario — the best case — is that Trump hasn’t said any such thing to anyone but his own military commanders have grown so suspicious of his authoritarian aspirations that they’re considering what *could* plausibly happen.

The worst-case scenario is the one described by Frum, that there’s already something happening behind the scenes and figures like Cheney or Mattis have gotten wind of it. I think that’s unlikely since whatever is happening probably would have leaked if it were true — but not certainly. It may be that a few people (including reporters?) have information about Trump considering military possibilities but have kept it out of print so far for fear that the mere revelation would destabilize the country. Better to keep it a secret, hope that cooler heads prevail, and use it as fodder for one of the 8,000 tell-all books about the administration that’ll be published later this year, when the detail will be nothing more than a sensational hair-raising curio.

Only Cheney et al. know what motivated them to publish, the bad possibility or the very bad one. But it has to be one of the two. They’re worried enough about a coup attempt that they felt compelled to preemptively denounce it. That’s where we are with 16 days to go in the Trump presidency.

Here’s Raffensperger, polite as ever, on ABC this morning discussing his phone call with Trump. If Dick Cheney and James Mattis are thinking about catastrophic tail risks right now, I’m guessing that Nancy Pelosi and Mitch McConnell are too. What’s the plan if the commander-in-chief announces on Thursday morning, after Congress certifies Biden’s victory, that the military will be “redoing” the election in Georgia and other swing states? Yesterday, after the audio of the phone call with Raffensperger emerged, Alexandria Ocasio-Cortez said, “I absolutely think it’s an impeachable offense, and if it was up to me, there would be articles on the floor quite quickly.” I wonder if there’s a break-glass-in-case-of-emergency quickie impeachment and removal plan behind the scenes for Trump if he tries to get the military involved. Normally it’d be unthinkable that McConnell would go along with that, but Trump has already turned on him and the traditional GOP for refusing to support the coup attempt in Congress on January 6. The party is fractured, in which case Cocaine Mitch and the rest might as well do the right thing if they’re forced to. Although, nowadays, I wouldn’t put anything past them either.

“He did most of the talking. We did most of the listening but I did want to make my points — The data that he has is just plain wrong.” — GA Sec. of State Brad Raffensperger to @GStephanopoulos on his phone call with Pres. Trump. https://t.co/tCqsnjNwKF pic.twitter.com/ksOxuGtsDe