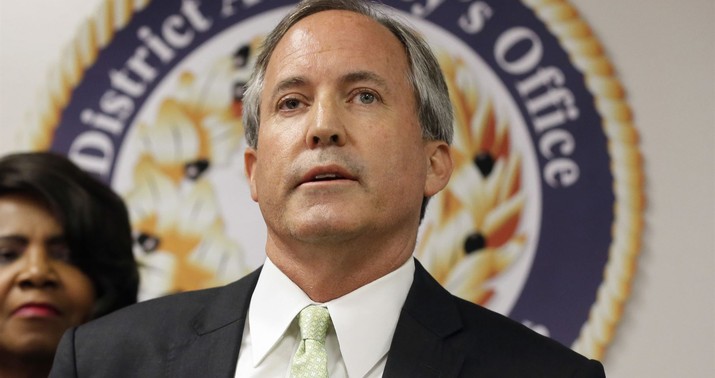 I’m reading headlines today at liberal websites like “The GOP Abandons Democracy” and “More Than Half of House Republicans Sign On to Trump’s Election Coup” and feeling the old familiar urge to bristle with indignation. Surely the left is once again demagoging some legitimate Republican project in hyperbolic scaremongering terms. Liberal bias, plain as day.

It isn’t. Those headlines are accurate. The Republican Party, at least a substantial chunk of it, is now the sort of sinister caricature of itself that a leftist might draw. In an age of hyperpartisanship it’s almost impossible to be as wretched and corrupt as your political enemies claim you are, but somehow they’ve done it. More than half the House caucus has joined a lawsuit that would disenfranchise millions, cause an irreparable schism between U.S. states, install a disordered unelected demagogue in office for another four years, and obliterate whatever remaining institutional credibility the Supreme Court has.

These people would end the United States as we know it if they could. The contempt expressed for them in the left’s coverage isn’t half as acidic as it should be.

Still, I’m glad they made their position plain. They’ve created a handy list going forward of people who should never hold elected office in this country again. If I’m ever given the opportunity to vote for one, I’ll be sure to vote for their opponent.

Some of the names are predictable MAGA goons like Matt Gaetz but there are bona fide disappointments like Steve Scalise, Cathy McMorris-Rodgers, Elise Stefanik, and war hero turned Trump stooge Dan Crenshaw. All are morally disqualified from holding positions of public trust. It’s no comfort either that most, even all, know that the Texas suit is anti-democratic garbage that would make the country ungovernable and are supporting it in full confidence that it’s doomed to fail — that is, that this is an empty loyalty gesture aimed at Trump and his base.

That’s reason enough to never support them again. Burning the American flag is a gesture too but a politician who did it would be unelectable in most parts of this country. These cretins want to burn a lot more than that. Un-American behavior has no place in American government.

“Enemies of the people” one might call them, to borrow one of the president’s favorite phrases. As a Twitter pal says, anyone who’s willing to overturn an election on the flimsiest pretenses of fraud is willing to go much further. They’re a menace to the country, nothing less.

Anyone inclined to excuse them on grounds that the GOP is an autocracy now and they’re merely going along to get along in that system needs to explain why other congressional Republicans, including Ted Cruz’s former chief of staff, have kept their civic bearings here:

Today, a number of my colleagues will be filing an amicus brief in support of the lawsuit filed by the State of Texas regarding the election results of several other states. Respectfully, I will not join because I believe the case itself represents a dangerous violation… (1/5)

…states increased the casting of illegal votes and undermine confidence in our elections. The American people are raising legitimate questions & they deserve answers. I strongly support the continued pursuit of litigation where most likely to succeed – such as Georgia… (3/5)

…sovereignty from the meddling of other states. Our remedy must be, from this day forward, to decline to allow the usurpation of our authority as people – through our states – to govern ourselves in all respects. #StandUpForAmerica #Federalism (5/5)

Even Roy has to hedge his dissent with nonsense about Georgia’s outcome being in some doubt despite a full recount and a hand recount there. But he at least grasps that letting Texas sue to invalidate another state’s election procedures would open the door to blue states and red ones suing each other endlessly to try to compel them to follow the laws, customs, and procedures followed by their own states. For that reason alone, SCOTUS will flush this idiotic complaint. It’s not going to singlehandedly shift the United States from a federalist system to one where certain states get to impose their governing preferences on others with the Court’s blessing.

And if it did, Erick Erickson’s right about what would happen. “Wait for Gavin Newsom and Andrew Cuomo to give this precedent a whirl. Wait for progressive states to start suing conservative states over religious liberty, transgender rights, police brutality, tax policies that ‘steal’ residents of progressive states, etc.” That’s one obvious reason why the House members who’ve signed on to the Texas suit aren’t taking it seriously — the discord it would unleash is apparent even to non-lawyers. Another is the fact that every one of these 106 was on the same ballot on November 3 as Trump and Biden. If their suit prevails, at a minimum every member of the House elected last month in Georgia, Michigan, Pennsylvania, and Wisconsin can’t properly be seated in the next Congress because there’s no way to have confidence in the integrity of the ballots that handed them their victory.

The worst part of this, though, and the part for which they’ll be ultimately remembered is that they chose to egg Trump on at a moment when he inevitably began hinting that people should get hurt if he doesn’t get his way:

….The fact that our Country is being stolen. A coup is taking place in front of our eyes, and the public can’t take this anymore.” A Trump fan at Georgia Rally on @OANN Bad!

“This is going to escalate dramatically. This is a very dangerous moment in our history.” “The public can’t take this anymore.” He’s still dialing up state legislators to try to convince them to void their elections and execute a coup on his behalf in case his court challenges fail, which they will. Anyone who pretends to care about the Founders and the Constitution, as all 106 of these frauds do, should grasp that if separation of powers means anything it means that when one branch turns to demagoguery and mayhem to assert its power, the other branches have a duty to check it by asserting their own. The Supreme Court will assert itself, possibly before the day is out. The 106 House members who signed on here, to their lasting disgrace, decided to abet the mayhem and demagoguery instead.

Enemies of the people. A stain on the Constitution of the United States.

Today’s roll call of shame might not be the last one. New York magazine makes a good point about the Trumpist plan in the works to object to Congress’s official recording of the electoral college vote on January 6. If one member of the House and one member of the Senate object to the awarding of electors from a state, both houses of Congress then have to vote on how that state’s electors should be awarded. (If they can’t agree then the results on election night hold, which means Biden’s sure to win anyway thanks to the Democratic majority in the House.) In other words, every Republican in the House and Senate may be forced to go on record in a floor vote and say whether they believe the votes in Wisconsin or Pennsylvania or Georgia or Arizona — or all of them — should go to Trump or Biden. That’s McConnell’s worst nightmare, as it would force the swing-staters in his caucus into a high-stakes no-win choice.

The smart move would be for no one to object so that the floor vote doesn’t happen. But this party is nothing more than a loyalty cult now and Trump will demand a show of loyalty by insisting that the vote happen. He’ll want to know who the “traitors” are, and his base will want to know too. That’s what congressional Republicans deserve.

The only way this perverse fascist episode can end is with Ken Paxton, Texas’s AG, receiving a corrupt pardon from Trump as thanks for his role in bringing this lawsuit. We’re well on our way. I’ll leave you with this.

NEW: FBI agents delivered at least one federal subpoena to the Texas Attorney General's office Wednesday for information in an ongoing investigation involving AG Ken Paxton, three sources confirm, indicating the seriousness with which they are taking allegations against Paxton. pic.twitter.com/hn77HfcDwj

Come & Take It: Texas Gov Says State Should Be 2A Sanctuary