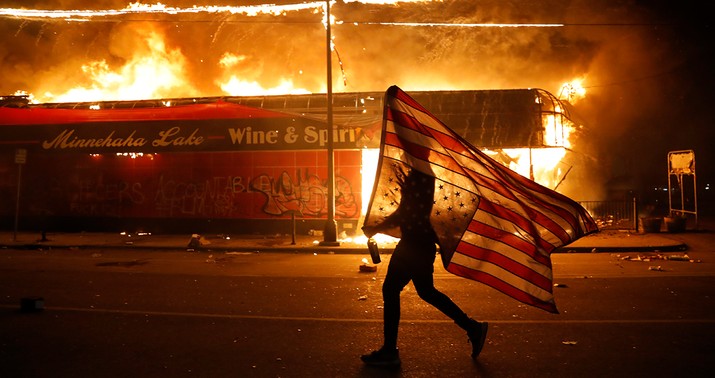 There are many guests but only one topic this morning as the country reels from the killing of George Floyd and unfolding riots. Various black political leaders are scheduled but the most noteworthy among them is Rep. Val Demings of Florida, who spent years as a cop and ultimately police chief of Orlando before entering Congress. She’s a shortlister for Biden’s VP as well so a noteworthy performance this morning may have major electoral implications. She’ll chat with “Meet the Press” about Floyd’s death and how the country moves forward amid a breakdown in law and order in places like Minneapolis and Atlanta.

Also of note: Benjamin Crump, the lawyer for Floyd’s family, will talk with “Face the Nation” about the family’s desire to see Derek Chauvin charged with first-degree murder, which is understandable but misguided. Keith Ellison, Minnesota’s attorney general, will explain to “Fox News Sunday” why rioters should be nice to the National Guard but maybe not to Minneapolis PD. And Ilhan Omar, who represents a district in Minnesota, is set to display all manner of radical wokeness on “This Week.”

Nancy Pelosi will swing by “This Week” as well to continue her new initiative of trash-talking Trump publicly at every opportunity. She’ll be followed by national security advisor Robert O’Brien (who’ll also be on “State of the Union”) to discuss whether there’s any plan to contain China as it expands into Hong Kong, India(!), and potentially Taiwan or if we’re just going to wing it. The full line-up is at the AP.