According to Fox, which identifies the NY-NJ PATH line as the focus. The FBI is holding a briefing at 1 p.m.

It did seem odd that the jihadis managed to organize an international plot but didn’t manage to figure out that the Holland Tunnel is below sea level.

A government official with knowledge of the investigation said while the alleged plot did focus on New York’s transportation system, it did not target the Holland Tunnel…

Two law enforcement sources told FOX News, however, that the main target was the underground PATH train system that connects New York and New Jersey. Other transport systems are said to have been considered by the plotters, but they showed the most interest in the PATH trains.

Update: Did the Times’s SWIFT expose jeopardize this investigation? A.J. Strata speculated this morning that it did — and according to AmSpec, he might be on to something:

The chat room activity allowed investigators to target several individuals, and at that stage, the DOJ source believes there is a good chance monitoring of certain bank account activity would have taken place…

“People have to understand that sometimes just being able to track these guys for a few weeks not only helps with the specific case, but we pick up on new techniques the bad guys are using. This is particularly true if they don’t think we’re monitoring them. This case appears to be a good example of this,” said our DOJ source…

It is not clear whether this case was one of several our sources claim they discussed in general terms with the New York Times, and which Treasury and Justice told the Times would be endangered if it went public with the SWIFT program. It appears the arrest of the plotter in Lebanon took place before the SWIFT story was leaked.

But another DOJ source added something interesting to the mix: “If you go back and look at some of our more successful anti-terrorism cases, they have focused on taking down entire networks. How do we do that? From the inside, peeling off a lead actor, turning him and using him to keep the plot moving forward so we can trace everyone else, the money, the accounts, the weapons dealers, everyone. I’ll just note that we weren’t able to do that with this case and leave it at that. We could have, but we weren’t able to. You’ll have to do the math for the Times.”

“If they don’t think we’re monitoring them”? According to Keller and Lichtblau, nothing we do is a secret to terrorists. What gives?

Update: The briefing is on. The FBI’s spokesman says there are eight principal suspects, none of whom have been in the U.S. or are here now. He also slams whoever it was who leaked the story to the Daily News. I’ll have video of that soon.

Update: The spokesman says the guy who’s in custody in Beirut is the suspected mastermind, which is why they think the plot has been disrupted. The investigation has been ongoing for a year and involved six nations. 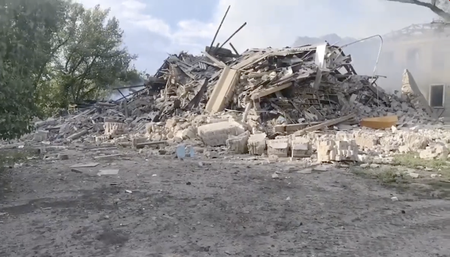 FBI's Mar-a-Lago Ransacking Takes Another Irresponsible Turn
Townhall
'The Atlantic is bad.' RedSteeze takes The Atlantic APART for a plethora of crap articles (attacking the Rosary?) in BRUTAL thread
Twitchy
Ron DeSantis Rally in Arizona Was a Barn Burner
Redstate
Is the Transgender Cult in Trouble Now?
PJ Media