3,500+ e-mails and counting. Hard to disagree with some of the criticism, though:

It seemed that most of my correspondents had been egged on to write me by various blogs. In response, they smartly assembled into a digital lynch mob and went roaring after me. If I did not like Colbert, I must like Bush. If I write for The Post, I must be a mainstream media warmonger. If I was over a certain age — which I am — I am simply out of it, wherever “it” may be.

Isn’t he? Did he really not expect the “Colbert ROCKS, you MURDER” messages when he wrote that column? Doesn’t he read his own newspaper? Colbert’s shtick is sending up right-wing cable news hosts like O’Reilly; ipso facto he’s hilarious and finding him unfunny is “out of touch.” Ace has written dozens of posts about this phenomenon vis-a-vis Margaret Cho, who gets most of her laughs not because she’s so brilliantly witty but because the audience agrees with her politics and wants to signal that they’re in on “the joke.”

But that’s all beside the point. Cohen’s real offense, of course, was puncturing their little “dissident” balloon by acknowledging that speaking “truth” to power when you risk nothing by doing so isn’t quite a Nathan-Hale act of bravery. If Bush isn’t Hitler, they can’t be the Resistance. Reminding them of that probably earned him three thousand of those e-mails.

Thomas Lifson has more on leftist anger at AT. You know what the punchline to all this is? Someday, very possibly in ’08, they’re going to take back the White House. The new president will govern, as she (ahem) must, from the center-left — and they’ll eat her alive for it. I can’t wait.

Update: The boss tells Cohen to consider himself lucky, as those metaphorical rocks being thrown at him aren’t always so metaphorical. 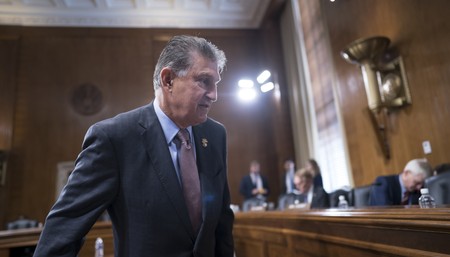 Was the FBI's Raid on Mar-a-Lago the Biggest In-Kind Contribution to Trump's 2024 Bid?
Townhall
Dana Loesch drops Alyssa Farah Griffin for shaming the Right for their 'rhetoric' after FBI raids Trump's home.
Twitchy
After the FBI's Trump Raid, Don't Take the Bait
Redstate
The Morning Briefing: Merrick Garland's Mar-a-Lago Raid May Have Clinched Senate for the GOP
PJ Media